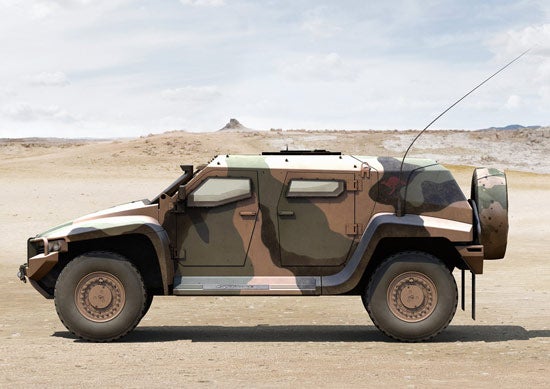 Project Overlander is intended to replace the Australian Defence Force’s existing fleet of Land Rovers and Unimog, MACK and S-Liner trucks and their associated trailers and modules, which have been in service since the early 1980s.

Rheinmetall MAN Military Vehicles (RMMV) was selected for the $1.9bn protected and unprotected medium and heavy vehicles contract under the LAND 121 Phase 3B project with options to provide an additional 1,000 vehicles for training purposes under Phase 5B.

Under Phase 5A, the government will purchase 959 G-Wagons from Mercedes Benz in addition to 1,187 G-Wagons with modules and trailers procured in 2007 under Phase 3A, to be supplied by GH Varley and Haulmark Trailers respectively.

The government is also negotiating with Haulmark to provide 2,500 trailers for RMMV vehicles to enhance performance and protection as well as improve the army’s training and logistic support requirements.

The new vehicles and trailers will be used to transport personnel and supplies, carry and deploy weapon systems, deliver humanitarian assistance and aid evacuation missions.

The vehicles will be rolled out to defence units between July 2012 and 2015.

Image Caption: The Thales Hawkei lightweight protected vehicle have been designed and developed to meet the requirements of the ADF.

Army Expenditure the in Australia to 2020: Market Brief

The Australian Defense Market - Attractiveness, Competitive Landscape and Forecasts to 2024

Army Expenditure in the Australia to 2019: Market Brief