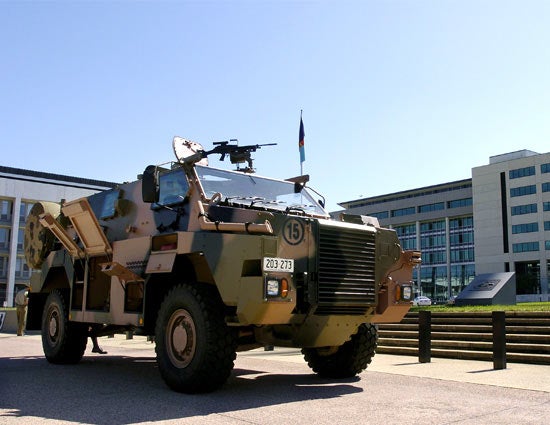 The Australian Government has approved the purchase of four wheeled route clearance vehicles under Project NINGAUI to provide increased protection to troops against improvised explosive devices (IEDs) in Afghanistan.

The fleet will be used by the Army engineers to detect, confirm and clear explosive devices from a far off distance as well as create a safer pathway for troops to conduct patrolling in Afghanistan's Uruzgan province.

The two Husky Mk III protected route clearance vehicles equipped with ground penetrating radars (GPR) and a single vehicle fitted with an interrogator arm will be purchased from the US under a foreign military sales programme.

The vehicle is also capable of detecting devices with less or no metal content that are usually not detected by other detection equipment.

The HMEEs will be used to repair damaged routes and build bypass routes, while the Bushmaster is designed to offer greater levels of protection against explosive hazards.

Australia will use three vehicles in Afghanistan, while the fourth will be used for training purposes.

Additionally, 200 Bushmaster mobility vehicles will also be upgraded in Australia as well as in the Afghanistan from 2012 to further enhance protection of the vehicle against IEDs.

The upgrades include integration of energy absorbing seats and stronger welding to lessen lower limb and spinal injury caused due to explosion of sophisticated roadside bombs used by insurgents in Afghanistan.

The government will also loan two Husky vehicles from the Royal Canadian Army for 12 months for route clearance missions in Afghanistan.