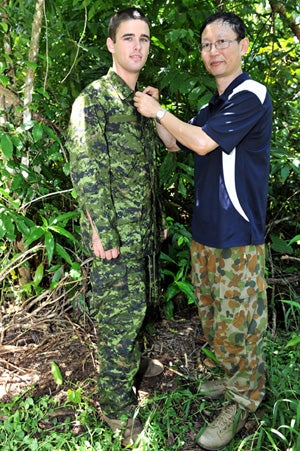 The Australian Defence Science and Technology Organisation (DSTO) has hosted Nato 's camouflage trials at the army Jungle Training Centre in Tully, Queensland, to test the effectiveness of camouflage uniforms in hot and humid environmental conditions.

During the trials, ten volunteers belonging to the army's 3rd Brigade tested around 15 to 18 camouflage uniforms, including in-service and experimental clothing items, in a variety of environmental conditions.

Defence science and personnel minister, Warren Snowdon, said the trial will contribute to the Australian Defence Force's (ADF) ongoing programme, aimed at enhancing the protection of its soldiers.

"It will improve our understanding of detection by modern sensors that can 'see' in the ultraviolet, visual, infrared, and radar bands of the electromagnetic spectrum," Snowdon added.

"This multispectral protection has been successfully applied to military vehicles and weapon systems and this trial presents an opportunity to test the same level of protection in the clothing of dismounted soldiers to reduce their chance of detection."

As a host, the DSTO will have access to and share in a significant amount of information, collective knowledge, methodologies, systems and reports that are used by the Nato members to assess camouflage uniform effectiveness in multispectral wavebands.

Multispectral image recording and panoramic photography techniques are used by Nato researchers to measure the effectiveness of camouflage uniforms in UV, visual, infrared and thermal spectrum.

The post-trial assessment activities will feature a large number of soldiers from several Nato nations and Australia.