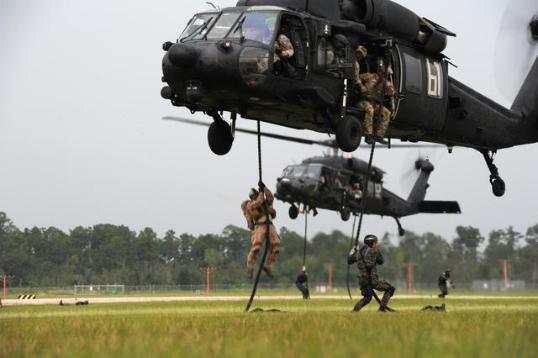 Alliant Techsystems (ATK) has been awarded a contract for the supply of a low-cost, lightweight, precision-guided missile for evaluations by the US Special Operations Command (USSOCOM), as part of the Defense Acquisition Challenge (DAC) programme.

Under the terms of the $3.2m contract, ATK will deliver its guided advanced tactical rocket (GATR) and precision-guided rocket launcher (PGRL) for both environmental and operational evaluation on the USSOCOM’s MH-60L/M rotary-wing platforms.

Manufactured in collaboration with Elbit Systems, the GATR is a 70mm precision system designed for air-to-ground and ground-to-ground missions against soft, lightly armoured, stationary, moving and manoeuvring targets, and for military operations in urban terrain.

View All
“Our ongoing investment and expertise in precision strike weapons, including the GATR system, provide a mature capability that fulfils the requirements of our military customers using innovative approaches that minimise integration costs."

Incorporating a semi-active laser seeker similar to the one used in combat-proven joint direct attack munition (JDAM), the system enables pilots to lock-on targets before launch to ensure engagement of only the target of interest, with minimum collateral damage and at reduced operational costs.

Compatible with the existing 2.75in rocket-launcher hardware, the system features a digitally fused M282 multi-purpose warhead that is programmed from cockpits to provide super quick, point detonating fusing to defeat soft targets or delayed fusing for hardened targets penetration.

The DAC programme seeks validation of GATR and PGRL’s desired operational and ballistic performance, while deployed from USSOCOM’s airborne platforms.