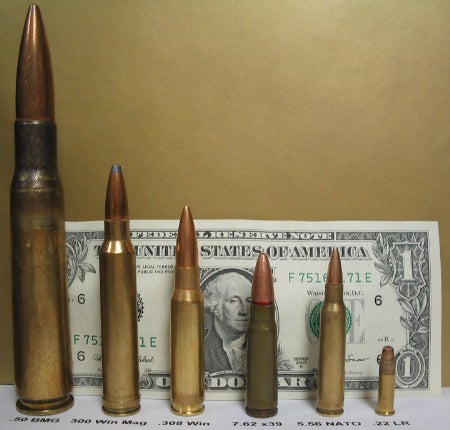 Alliant Techsystems (Atk) has received a contract from the US Army to continue production of small-calibre rifle ammunition at the Lake City Army Ammunition Plant (LCAAP), which is located in Missouri, US.

Under the $387m task order, the company will continue production of a mix of 5.56mm, 7.62mm and .50-calibre high-quality military ammunition.

The award forms part the plant’s new production contract, which commenced on 1 October 2013.

ATK Defense Group president Mike Kahn said the company is offering greater value to the US government through the new operations contract at Lake City.

"Our ammunition has no equal in its quality and reliability, which is the standard we set for our support of the warfighter,” Kahn said.

"Our ammunition has no equal in its quality and reliability."

ATK Small Calibre Systems division vice-president and general manager Kent Holiday said: "Our vision for Lake City is a highly-efficient production facility that is lean, scalable and sustainable for the next generation of the nation’s warfighters."

Derived from the .223 Remington cartridge, the 5.56mm ammunition is a standard rifle cartridge for NATO forces and many non-Nato countries under the standardisation agreement (STANAG) 4172.

The 7.62 mm is a nominal calibre used for a range of different cartridges, including full power military main battle rifle (MBR) cartridges, whereas the .50 calibre is a cartridge primarily developed for the Browning .50 calibre machine gun, and is also used in other long-range target and sniper rifles.

ATK also received a multi-year contract from the US Army Contracting Command, Rock Island (ACC-RI) in 2012, to continue small-calibre ammunition production, as well as operation and maintenance of the US government-owned, contractor-operated facility.

The Military Ammunition Market in Israel to 2023: Market Brief

The Military Ammunition Market in India to 2023: Market Brief