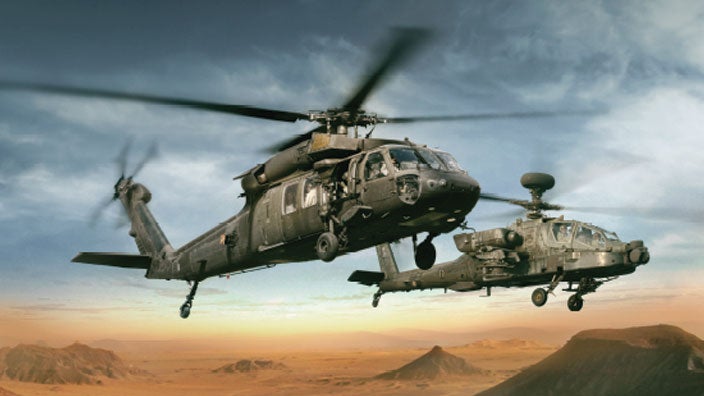 Honeywell and Pratt & Whitney’s joint venture, the Advanced Turbine Engine Company (ATEC) has successfully completed durability testing of the first HPW3000 engine, being offered as a solution for the US Army’s Improved Turbine Engine Program (ITEP).

During testing, the HPW3000 engine demonstrated an enhanced fuel efficiency which will enable extended range and increased payload capabilities for the Black Hawk and Apache fleets.

”We are now evaluating these results and we will be conducting performance and sand ingestion tests on a second engine to further validate the hardware," Wheeler said.

"ITEP addresses the mission capability gaps that exist with current engine technology now being used, and looks forward to bridging that gap with the benefit of significant energy and fuel costs savings."

"The engine is claimed to enable Black Hawk and Apache helicopters to carry more troops and equipment, at a significant savings to the taxpayer."

Incorporating proven technology from today’s advanced military engines and innovations specifically developed for ITEP, the HPW3000 engine is claimed to enable Black Hawk and Apache helicopters to carry more troops and equipment, at a significant savings to the taxpayer.

ATEC president Craig Madden said the direct impact of fielding a 25% more fuel-efficient engine for the entire fleet will bring the army an annual savings of $1bn in operating and support costs, compared to the existing engine.

The programme essentially aims to increase service availability of Black Hawk and Apache, which comprise approximately 75% of the army’s helicopter fleet, for the next 30 years or beyond.

Image: The HPW3000 engine is expected to enable Black Hawk and Apache helicopters to carry more troops and equipment, at a significant savings to the taxpayer. Photo: courtesy of Pratt & Whitney.