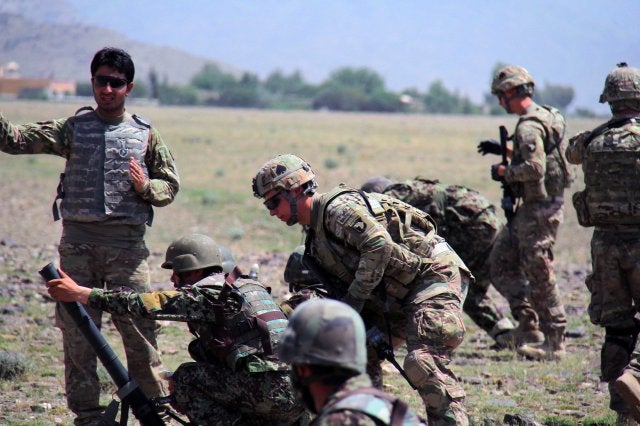 As well as training soldiers on 60mm mortar system ammunition, the exercise also covered targeting and operation in both traditional shooting, with bi-pod and base plate, and handheld modes.

Platoon leader 1st lieutenant James Kromhout said the live-firing manoeuvres represented a culmination of more than a week of joint training between Easy Company and the 2-1 Kandak.

"It is the first time the ANA have fielded and been able to use the 60mm mortar weapons system in Khowst," Kromhout said.

"It is the first time the ANA have fielded and been able to use the 60mm mortar weapons system in Khowst."

In addition to providing the ANA with the required means to return indirect fire while maintaining mobility, the 60mm mortar is expected to offer them an additional advantage to improve national security.

US Army staff sergeant Jonathan Kirkendall added: "The ANA’s receptiveness in training has raised our confidence in them, it has also built the capacity of the ANA.

"These seven (ANA) NCOs who have gone through this course are now able to go out and train other (ANA) soldiers."