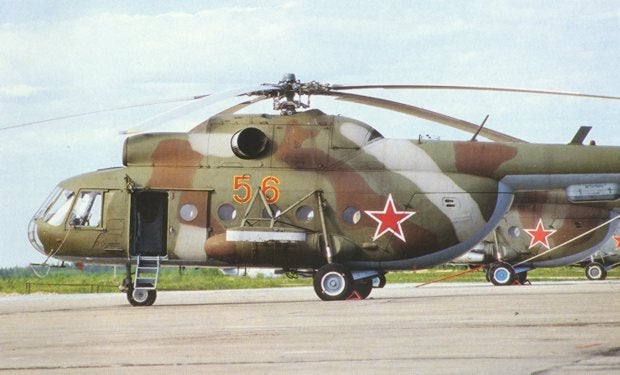 The Afghan National Army (ANA) will take delivery of the remaining 12 Mi-17V-5 multirole military transport helicopters under contract with Russia in July 2012, the Russian Federal Military-Technical Cooperation Service has confirmed.

The service said: "The remaining 12 Mi-17V-5 helicopters and related equipment will be delivered during the first half of 2012."

The deliveries are part of a $367.5m contract signed between the US Army Forces Command and state-arm-exporter Rosoboronexport in May 2011 for a total of 21 helicopters for the Nato mission in Afghanistan. Besides the supply of helicopters, the contract also covers the delivery of spare parts, ground-service facilities, detachable armaments, as well as the rendering of logistical support.

The helicopters are intended to enhance the Afghan national security forces' capabilities for urban warfare and special units operations against Taliban insurgents. Russia has so far completed delivery of nine helicopters to Afghanistan, while the remaining helicopters are undergoing assembly and flight-worthiness testing.

The aircraft is capable of transporting up to 35 persons and is equipped with a loading ramp instead of clam-shell doors, an additional door and a new dolphin nose. The US is currently under negotiations with Rosoboronexport on delivery of 18 additional Mi-17V5s and will also set up a joint helicopters maintenance facility with Russia in Afghanistan to help reduce the maintenance cost.