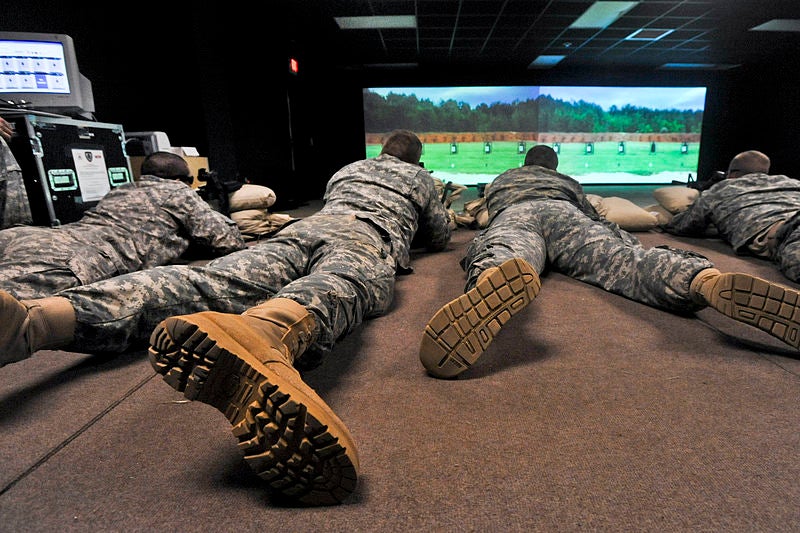 Cubic Defense Systems has been awarded a contract for the delivery of its Engagement Skills Trainer (EST 3000) virtual training system to US Army Reserves.

Under the $10m contract, the subsidiary will supply the EST 3000 system along with simulated weapons and support services to help prepare army reserve soldiers in meeting challenges from modern day threats.

Cubic Defense Systems president Dave Schmitz said the EST 3000 is a much smaller, more portable and more versatile system compared to previous systems, and retains the features most important to army, such as ballistic accuracy and weapon use.

"During this time of fiscal constraint, the EST 3000 allows their soldiers to familiarise at home station before deploying to a weapons range, which lowers their costs by reducing their time on ranges, while increasing their overall weapons qualifications," Schmitz added.

Utilising training capabilities provided by the US Army-certified EST 2000 system, the portable system is expected to provide army reserves with enhanced fundamentals of marksmanship capabilities through immediate feedback efficiency indicators, such as trigger pressure, pitch, cant and 3D targets.

Additionally, the system has an after action review (AAR) feature for instant feedback on all modes, which permits commanders to evaluate the effectiveness of their unit. The contract’s delivery schedule and additional details remain undisclosed.

Image: US Army personnel use an engagement skills trainer at Fort Campbell in Kentucky, US. Photo courtesy of Nowa.