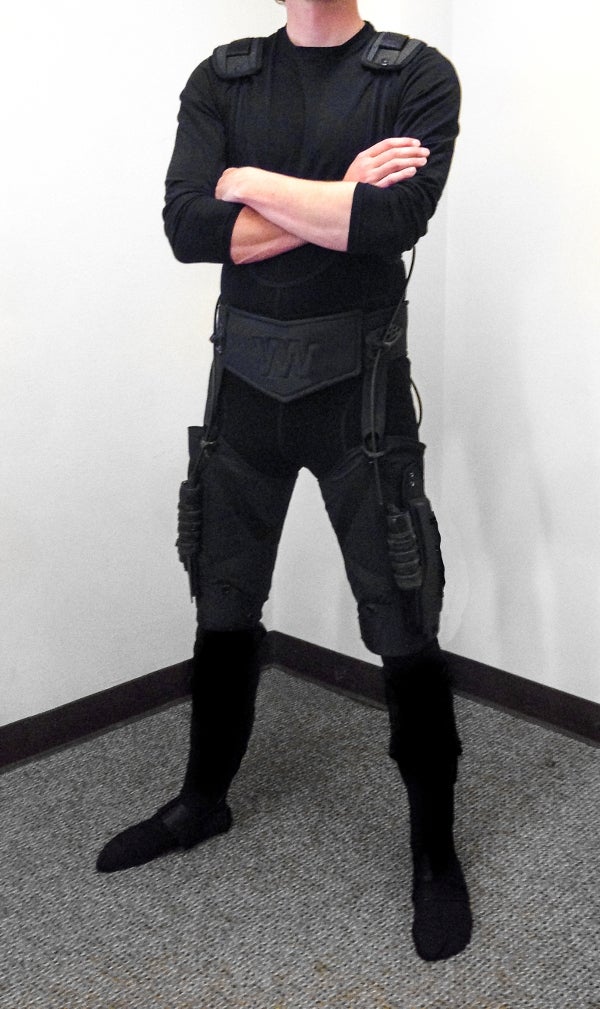 The US Defense Advanced Research Projects Agency (DARPA) is requesting proposals from industry partners for the final phase of its Warrior Web programme.

Warrior Web seeks development of a soft, lightweight undersuit, which will help reduce injuries and fatigue, simultaneously augmenting dismounted soldiers’ battlefield endurance, carrying capacity and overall effectiveness, without interfering with their body armour or other standard clothing and gear.

The comfortable, durable and washable suit is expected to allow efficient and safe movement for an array of activities, such as walking, running, jumping and crawling, while consuming no more than 100W of electric power from the battery source.

Warrior Web Task A: Warrior Web Alpha produced a mix of core component technologies that can be worn at the ankles, hips, knees and upper body, for direct reduction of injury causing factors and the easing of physical burdens through augmentation of the work done by soldiers’ muscles.

"Now we’re aiming to combine them — and hopefully some new ones, too — into a single system that nearly every soldier could wear and would provide decisive benefits under real-world conditions," Hitt added.

Specifically, DARPA is seeking proposals for integrated advanced control systems across multiple joints, technologies that can significantly reduce the potential for acute or chronic injury of the wearer and additional assistive wearable technologies for rehabilitation, such as physical therapy.

Proposers are encouraged to submit either a point solution technology addressing a single technology area or an integrated technology solution or suit that caters for multiple domains by 3 October 2013.

Image: One of three prototypes under development as part of DARPA’s Warrior Web programme. Photo courtesy of DARPA.