The Government of Japan has approved a record military budget of JPY5.34trn ($51.7bn) for the year starting in April 2021 as part of its efforts to bolster defence capabilities.

The move represents the ninth consecutive increase in military spending and a 1.1% increase over this year’s budget.

According to a Reuters report, the enactment of the budget is all but certain, given the present administration’s large majority in parliament.

The increase in budget will help the government to advance with its plans to support the development of an advanced stealth fighter jet and longer-range anti-ship missiles. 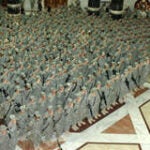 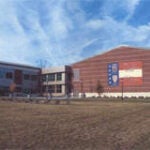 The Mitsubishi Heavy Industries-led fighter jet programme received $706m in the new budget. The $40bn programme is slated to deliver fighter jets in the 2030s.

Japan will also purchase six Lockheed F-35 stealth fighters, for which $628m was allocated, and will spend $323m to start the development of long-range anti-ship missiles.

Another $912m will be invested to build two compact warships that will be capable of operating with fewer crew.

It also seeks two new warships that will support new Aegis air and ballistic missile defence radars, which have a higher range compared to older variants.

Japan has been ramping up its defence expenditure in the recent years to counter China’s growing military power.

Earlier this month, it has reported that Japan plans to conduct a joint military exercise with the US and France in May next year. According to a local report, exercise will be conducted on land and sea.