The process was initiated to address the issues concerning national security.

Department of Business, Energy, and Industrial Strategy State Secretary Kwasi Kwarteng said he is ‘minded to accept’ undertakings presented by Cobham to address the concerns.

In addition, Kwarteng will not take make a decision until the consultation has ended, and representations have been considered. 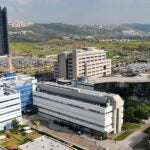 On 16 August 2021, Cobham and Ultra formally announced the merger that values the latter’s ordinary share capital at approximately £2.57bn on a fully diluted basis.

Following the merger announcement, the Secretary of State issued a public interest intervention notice on 18 August 2021.

The intervention in the proposed transaction was based on national security grounds.

In January this year, the UK Competition and Markets Authority (CMA) submitted its report to the Secretary of State in relation to the deal.

The proposed acquisition will wait for public consultation until midnight on 3 July 2022. The process will follow the steps mentioned in the Enterprise Act 2002.

The latest decisions regarding the consultation are different from talks discussing the economic effects of the proposed deal.

The Business Secretary is responsible for making a fair and impartial decision in a quasi-judicial capacity.

A defence, aerospace, and communications company, Cobham Ultra Acquisitions was acquired by US private equity firm Advent International in January 2020.