What role will the US’s MQ-4C Triton drones play in the South China Sea?
Menu

Prior to taking over the US Indo-Pacific Command on 30 May, four-star Admiral Philip Davidson appeared before a Senate committee. Referring to China’s ongoing development of forward operating bases on manmade islands in the South China Sea, he made the following statement.

“China is now capable of controlling the South China Sea in all scenarios short of war with the US.”

The military is not adverse to using hyperbole and scare tactics to squeeze a few extra dollars out of Congress, of course, but in this case there are real signs that power in the region is shifting to Beijing.

Geopolitical analysts have long feared that the battle between the US and China for strategic military and economic supremacy in the South China Sea, as well as multiple disputes over territory and sovereignty – China, the Philippines, Vietnam, Malaysia and Taiwan all lay claim to the Spratly islands, for example – will escalate beyond political posturing and into direct military action.

Recently, the situation has become ominous. In March, China sent a 40-ship flotilla, including its only native-built aircraft carrier, the Liaoning, to the South China Sea. The following month, reports came out that Beijing had installed electronic jamming equipment on two of its outposts in the Spratly islands.

Despite President Xi Jinping’s assurances in 2015 that he would never seek to militarise the islands, China now operates three 10,000ft runways there, in addition to aircraft hangars, bunkers, military housing and deep-water piers for ships.

Military flashpoint: the strategic importance of the South China Sea

Located at the crux of where the Pacific and Indian Oceans meet, the South China Sea is one of the most hotly-contested geopolitical regions on Earth. A critical thoroughfare for the global economy, nearly a third of all maritime trade – worth a staggering $5.3tn last year – passes through it.

Beijing has drawn a so-called ‘nine-dash line’ over the South China Sea, a territorial claim stretching 200 miles south and east from the province of Hainan, backed by island-building and naval patrols.

“In October 2015, the US challenged Chinese hegemony by sailing a destroyer within 12 nautical miles of the artificial islands.”

The line would theoretically give China control over a zone that caters for almost 40% of the global trade in liquefied natural gas, one that is home to an estimated 11 billion barrels of oil and 190 trillion cubic feet of natural gas.

In October 2015, the US challenged Chinese hegemony by sailing a destroyer within 12 nautical miles of the artificial islands, the first in a series of actions planned to assert freedom of navigation. 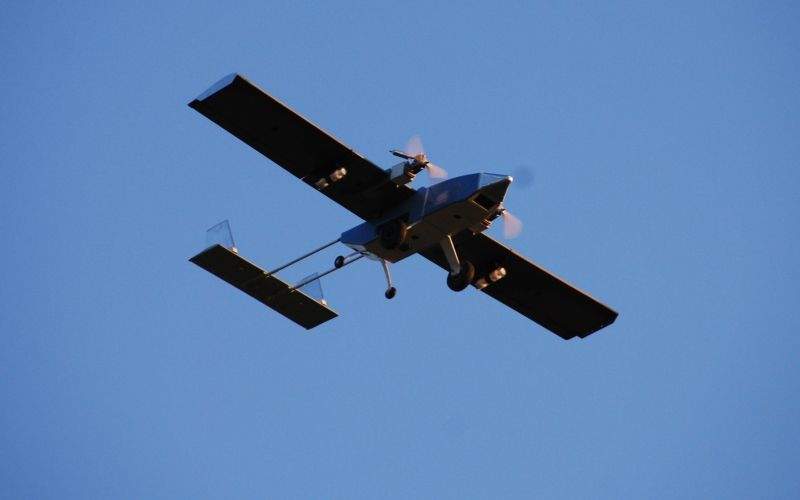 The following July, in a case brought by the Philippines, an arbitral tribunal ruled China has no legal basis to claim “historic rights” within its nine-dash line, a decision rejected by Taiwan and Beijing.

Speaking at the Shangri-La Dialogue security conference on 2 June, US Defence Secretary Jim Mattis spoke out against China’s strategy of “intimidation and coercion” in the region, including the deployment of anti-ship missiles, surface-to-air missiles, electronic jammers, and, more recently, the landing of nuclear-capable bombers at Woody Island.

“What China is winning is de facto control of nearly the entire South China Sea, including all activities and resources in it, despite the other surrounding Southeast Asian states’ respective legal rights and entitlements under international law,” Jay Batongbacal, director of the University of the Philippines Institute for Maritime Affairs and Law of the Sea, told Nikkei Asian Review.

In response, the US has decided to step up its ïntelligence, surveillance and reconnaissance (ISR) capabilities in the region, beginning with the deployment of two $180m MQ-4C Triton drones.

Built by Northrop Grumman and based on the RQ-4 Global Hawk platform used by the US Air Force, the high altitude, long-range MQ-4C Triton platform has a wingspan of 131ft, weighs 14,628kg, and is installed with 360° electro-optical sensors capable of tracking maritime targets from 60,000ft.

The Triton can fly more than 24 hours at a time and has an operational range of 8,200 nautical miles.

The data collected by the two drones will be fed back to ground stations at Naval Station Mayport in Florida, Naval Air Station Whidbey Island in Washington, or to P-8A Poseidon submarine hunters.

“One of the main reasons the Navy decided to fund Triton was to have that teaming arrangement, to be able to communicate back and forth between P-8s and the Triton aircraft,” explained Mackey. “You want to give the P-8 the ability to perform the anti-submarine warfare mission while tying to [the] high-altitude ISR mission.

“One of the things we’ll do is pass information back and forth between the two aircraft and the situational awareness of the fleet will be enhanced. Both aircraft have the ability to do chat, so both crews will be able to communicate back and forth.”

Drone wars: are UAVs the answer in the Pacific?

The first Triton squadron, Unmanned Patrol Squadron 19, will arrive at Andersen Air Force Base in Guam this summer. Once the drone reaches initial operational capability in 2021, the Navy plans to deploy a further two aircraft in Guam, with the four Titans making up one 24-hour, seven-day orbit.

The use of drones in theatre or for ISR has its fair share of critics, however.

Military Watch magazine points out that US drones active in Syria and Crimea have recently proven vulnerable to jamming from Russian electronic warfare units and that it remains to be seen whether drones will be able to survive near Chinese military facilities and stay reliable in the event of open conflict.

Such a scenario still seems unlikely. So far the US has restricted its response to Chinese operations in the South China Sea to ‘freedom of navigation operations’, the most recent on 27 May.

This was followed by US military aircraft flying over the Paracel Islands in early June, a move that prompted a countercharge of “militarisation’” against the US by China’s Foreign Ministry.

At the Shangri-La Dialogue in Singapore in June, Mattis issued the following warning to Beijing.

“There are consequences that will continue to come home to roost, so to speak, with China, if they do not find the way to work more collaboratively with all of the nations.”