The British Army has ordered a total of 589 vehicles of six different variants. They will play a key role in the shift in army operations, as the force looks to develop strike brigades similar to US Army Stryker formations.

As the British Army told us, using a base platform with a range of variants means that everything from training to logistics is not only cheaper, but also faster, as “all variants have similar mobility characteristics meaning they can operate in the same environments with ease”.

Here we take a look at the six variants and what they can do.

Ajax is the most lethal variant of the platform, equipped with a 40mm cannon to give its crew of four high-calibre offensive capabilities. In promotional material, General Dynamics describes how the vehicle “will enable the soldier to be at the point of collection of accurate all-weather commander information within a network-enabled, fully-digitised platform”.

The vehicle is designed to draw on the platform’s suite of intelligence and reconnaissance systems to act as much as an ISTAR platform as an offensive force using a “range of leading-edge technologies to provide an optimised survivable, lethal and agile ISTAR platform”.

The British Army said that the platform would support strike brigades by providing medium armoured capability. The army made clear that the platform is a double-edged sword of intelligence and assault at a range of levels from formation to battlegroup as the ‘principal destroyer’ of an adversary’s equipment.

Whereas the Ajax is designed for reconnaissance and destruction of targets, Ares is focused on the dismounted soldier, getting troops from A to B under the supervision of a mounted remote vision system. The variant’s ISTAR capabilities allow soldiers to leave the vehicle with a clear picture of what’s on the other side of the doors.

This is the central role of the variant as described by General Dynamics. According to the company it “will provide safe transportation of fully-equipped soldiers in a well-protected environment. On dismount, troops will be able to more effectively conduct a variety of tasks, such as dismounted surveillance (including patrols), observation posts and close target reconnaissance.”

For the British Army this variant will fill two roles, providing reconnaissance while also supporting personnel with firepower and transport capabilities. The army told us that the vehicle will form a key part of “dismounted surveillance, ambushes, and manoeuvre support tasks”.

In addition to this, the variant is designed to have the flexibility to fill in other roles if needed.

The Ares supports the fleet with transport and ISTAR capabilities.

Atlas and Apollo offer largely similar tools to the operator, allowing personnel to perform the equipment support they need to stay mechanised and on the move. The Apollo variant features a crane system to tow vehicles damaged in battle and to move heavy equipment from one place to another.

General Dynamics says the variant acts in a complementary manner to the Atlas, which comes equipped with a recovery package to assist or go where Apollo cannot. By combining the pulling and towing capabilities of the Atlas with the lifting and towing power of the Apollo, the army will be able to move its equipment in any environment. 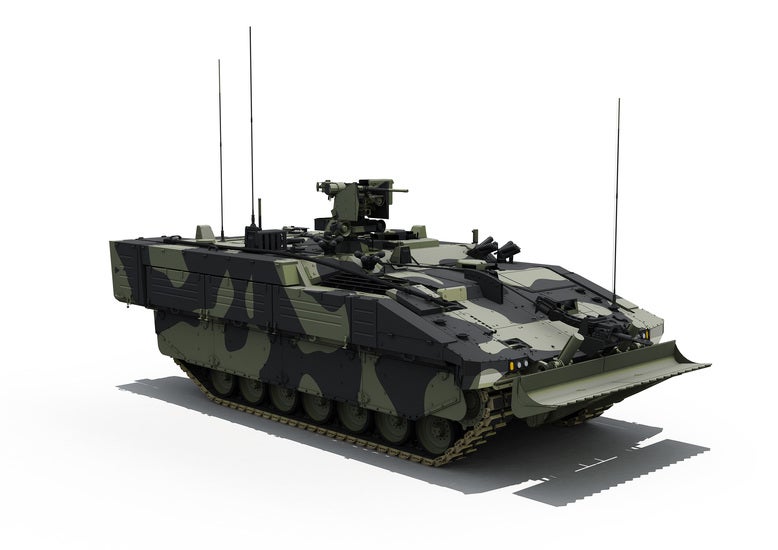 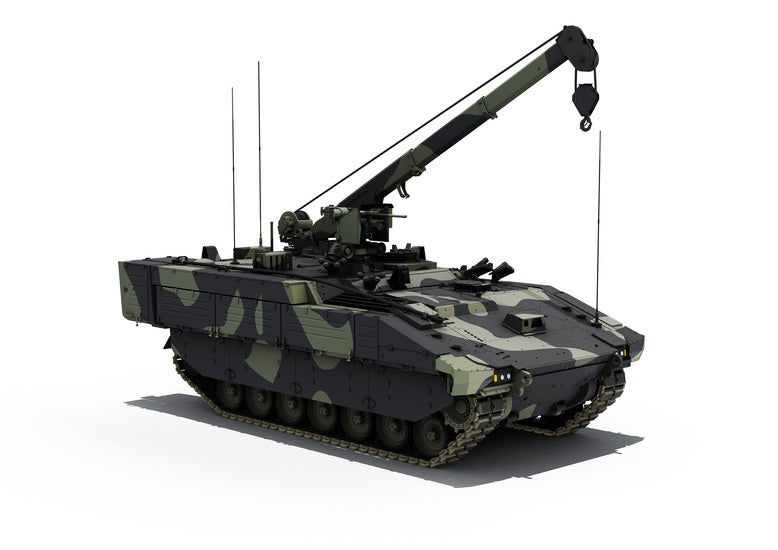 Atlas and Apollo bring heavy lifting and towing power to the fleet.

ARGUS is the engineering hub of the Ajax platform, providing the force with information on the terrain they face and the moves of any adversaries.

As General Dynamics puts it: “Argus is a specially-designed platform, based on the Ares variant, which has a primary role to provide the combined arms and engineer commanders with timely and accurate engineering information on the natural and manmade environment.”

The British Army said that the vehicle will provide commanders with “timely and accurate engineer information on the natural and man-made environment”, giving them the information they need to approach an engagement – a role critical to the onward advance of the other Ajax platforms. 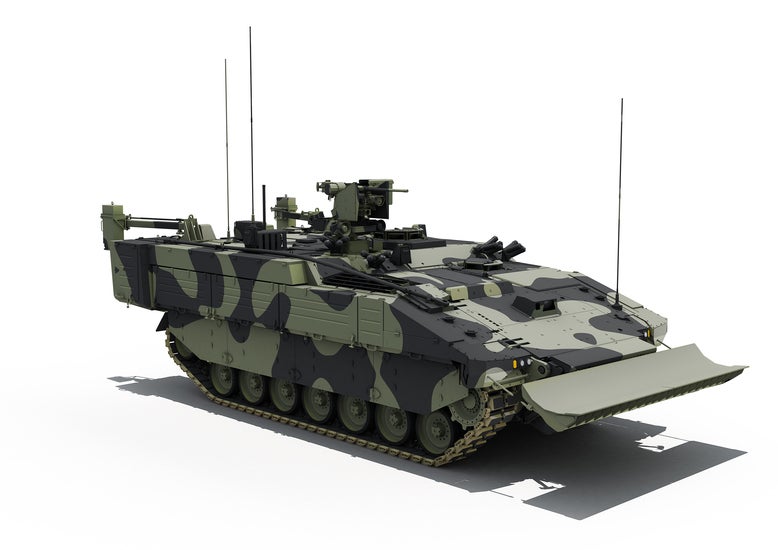 The Argus variant acts as the fleet’s engineering hub.

Athena: Command and control on wheels

While the other vehicles in the family are designed for specific operational tasks, the Athena is the brains of the operation, acting as a command centre on wheels for the British Army. This variant processes and manages data from the vehicles’ suite of ISTAR capabilities and other sources to act as a moving hub for decision support.

General Dynamics explains that Athena “is fitted with modern, bespoke workstations that provide the ideal operating environment for users”, allowing commanders to manager battlegroups from the frontlines while in the safety of a vehicle.

The British Army told us the medium-armoured vehicle will act as a command and control unit for a squadron. Inside the vehicle is fitted with everything a commander needs to manage the battle. 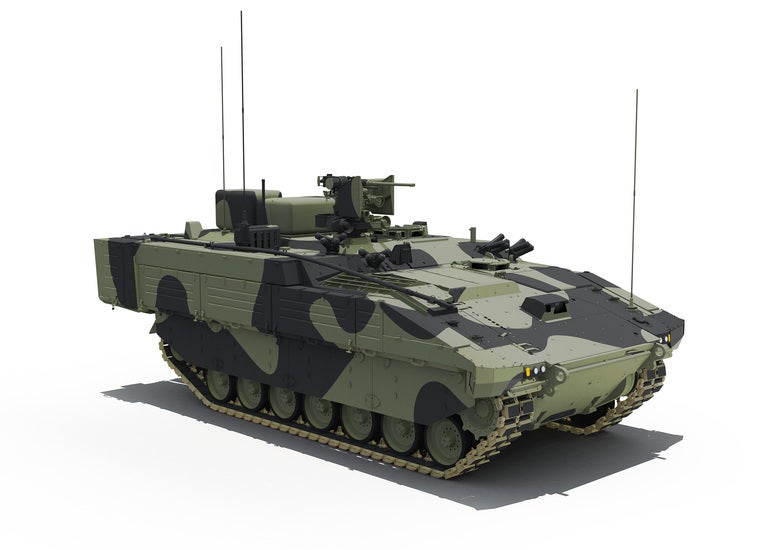 The Athena command and control vehicle