Although today’s mounted troops ride in armoured vehicles rather than on horseback, animals continue to play a special role in the British armed forces. From the state ceremonial duties carried out by the horses of the Household Cavalry Mounted Regiment in Knightsbridge to the role working dogs carry out within counter insurgency and explosive ordnance missions, the UK’s military animals are highly trained, hard-working and extremely well cared for by their handlers.

The use of animals in the modern British military dates back to the First World War when around one million horses were sent into combat as part of offensive cavalry units, but their vulnerability in the face of enemy fire soon saw them relegated to a logistics support role in favour of the newly-developed tanks. By the Second World War, horses were used by British forces to carry supplies, and today they fill a purely ceremonial role as part of the Household Cavalry Mounted Regiment and the King’s Troop Royal Horse Artillery.

The Household Cavalry Mounted Regiment – descendants of King Charles II’s Life Guards and the Earl of Oxford’s ‘Blues’ – sits at the heart of Britain’s military heritage and the horses play a key role with their servicemen, providing the Queen’s Life Guard and protecting the official entrance to the Royal Palaces at Horse Guards. The King’s Troop Royal Horse Artillery consists of the Queen’s ceremonial Saluting Battery, with horses providing a gun carriage – pulling the First World War ‘thirteen pounder’ state saluting guns – and filling ceremonial roles at state and military funerals.

“Dogs continue to play an active role in many key army roles.”

Dogs, however, continue to play an active role in many key army roles, having served in every major conflict since World War 1, including Northern Ireland, Bosnia, Kosovo, Iraq and Afghanistan.

The 1st Military Working Dog Regiment supports activities including counter-insurgency operations, improvised explosive device detection, assisting in the clearance of routes, buildings and vehicles for illicit materials, and performing security and patrol missions. Together with their handlers, these dogs provide a highly versatile aid for military operations, from deterrence and detection, through to sub-lethal force.

The Canine and Equine squadrons are responsible for delivering highly trained and motivated dogs to working dog units within the Ministry of Defence (MoD) and horses to the Household Cavalry and King’s Troop Royal Horse Artillery. Dog handlers, riding instructors and farriers are also trained at the centre, both in the handling and training of their animals and in how to ensure their animals’ welfare throughout their service lives.

The unit has been based at Melton Mowbray since around 1905. Initially it was just an equine remount centre, providing new horses to the Field Army, and since the end of World War 2, the centre has procured and trained dogs for military service.

The role of the centre and its size and shape has changed little over the last 50 years, though it has been subordinated under different parent organisations during that time. From 2000 the centre was delivered through a Private Finance Initiative until 2010 when it was returned to Ministry of Defence; it was renamed as the Defence Animal Training Regiment in 2017. 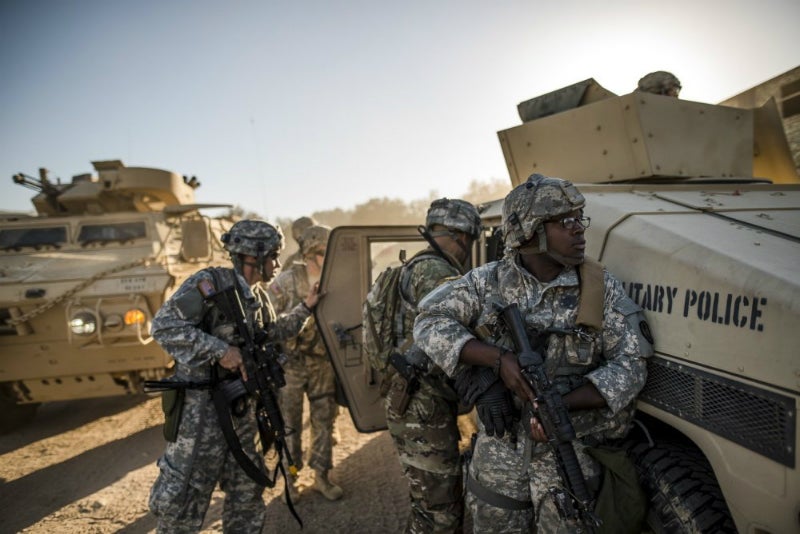 “Routinely, there are some 230 dogs on site, with 150 dogs under training, 60 dogs supporting soldier/airperson courses and some 20 ‘in-patients’ receiving veterinary care and rehabilitation,” said a DATR spokesperson. “Dog numbers will exceed this during the quarterly training cycle, when new dogs come in before trained dogs are released.

“In addition, the centre cares for up to 360 horses, depending on the stage of the state ceremonial season.  Of these, some 36 are required for courses, some 30 are remounts or pending retirement, some 20 will be veterinary in-patients referred for care by the mounted regiments and the remaining horses are ‘resting and recuperating’ between state ceremonial events.”

“The centre cares for up to 360 horses, depending on the stage of the state ceremonial season.”

Alongside this mission, the DATR maintains the site as a training area for the mounted regiments and the dog units and at any time there may be animals on site taking advantage of these facilities.

Charged with the basic care of these animals at the centre is a staff of Ministry of Defence (MoD) civil servants; while dogs on courses are trained and managed by military dog trainers and instructors. Veterinary care, rehabilitation and welfare is provided by military veterinary staff, supported by civilian experts as needed. Furthermore, a number of staff are retained on site with additional skills to provide physical therapies to improve animal performance and welfare, such as physiotherapy, grooming and dentistry.

The MoD is continually working to ensure that its use of animals in the military is fair, safe and delivers the best output.

“We expect the requirement for both dogs and horses to remain fairly constant [in the coming decades],” the spokesperson said. “As part of our capability audit process we routinely review whether military capability can be delivered through other means”.

And while the role of animals in British military activities has changed very little over the past fifty years, the spokesperson added, some of the complementary equipment now available has enhanced the animals’ roles.

At the same time, the military’s understanding of how best to deploy military animals is constantly evolving.

“For example we have a better understanding of the science behind how dogs detect, which is helping us improve the way they are trained and therefore their scope, accuracy and sensitivity,” the spokesperson said.

At the end of their service lives, military animals are retired like any other serviceman, according to the MoD. Following a stint with specialist trainers for ‘de-training’, working dogs are prepared for rehoming within the civilian population, or with ex-military dog handlers; while, following a service life that can be a decade or more, horses are retired with equine charities which strive to offer them the relaxing retirement they deserve.