Disaster Response: The Role of a Humanitarian Military
Menu

When disaster strikes, response must be rapid, coordinated and appropriate to ensure that crisis is mitigated by effective delivery of relief and aid. Recent catastrophes in Japan, New Zealand and Haiti cast a spotlight on the role of military forces in the organisation and process of disaster relief, calling for standardised military disaster relief.

In June 2010, the defence ministers of New Zealand, Chile and Malaysia forcefully addressed the Shangri-La Dialogue, an annual security summit organised by the London-based International Institute of Strategic Studies think thank, calling for disciplines and well-equipped forces that are able to bring relief at short notice.

The call has been the strongest for those militaries in Asia-Pacific areas, which is a region prone to natural catastrophes such as earthquakes and flooding. Civilian authorities are often overwhelmed by the force when natural disaster strikes.

The surprise and devastating nature of natural catastrophes calls for a massive coordinated reaction on short notice.

“Humanitarian relief is increasingly a core task for defence forces.”

While the primary responsibility for disaster response lies with civilian agencies at local, state and federal levels, only the military has the manpower, equipment, training and organisation necessary to gather the relief effort required during catastrophic incident recovery.

However, in recognition of the fact that humanitarian relief should continue to be a predominantly civilian function, international norms place limitations on the use of foreign military assets.

The international guidelines on the use of military and civil defence assets in disaster relief (Oslo guidelines), created in 1994 to provide an international normative and practical framework for disaster response, call for military foreign humanitarian aid as a “last resort.”

There are areas where armed forces unquestionably can offer unique capabilities, primarily in transport, logistics and the ability to deploy immediate help.

However, there is also considerable disagreement among governments and humanitarian aid agencies about how much weight to give these characteristics when balanced against issues such as costs, the risk of militarising the relief work and the effect foreign troops could have on civilian organisations’ safety and freedom to operate. 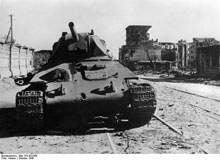 In Asia, the role of the Indian Army especially has changed in recent years, where it has become one of the first responders in times of crises, with special attention to tsunami and earthquake relief. But perhaps the most important role is played by the US Army.

US soldiers and officers have not only been involved when disaster struck in their own nation, such as when Hurricane Katrina swept over parts of Louisiana, Mississippi, Alabama and most of the eastern area of North America in 2005, but they have also assisted with the organisation of humanitarian aid after the disasters in Japan, Haiti and Chile.

However, according to the research report ‘Military Disaster Response: Strategy, Leadership, and Actions – Closing the Gap’, published by US Army National Guard Colonel Kenneth E. Ring Jr. at the US Army War College in Pennsylvania, the army “lacks a clear, effective, and coordinated response capability”, even though it made many improvements in its ability to perform defence support to civil authority operations after Katrina. In the wake of the 2010 earthquake in Haiti and the nuclear disaster in Japan, more and more military and civilian bodies call for a standardised system for collaboration during disaster-relief operations.

According to the 2008 report ‘The Effectiveness of Foreign Military Assets in Natural Disaster Response’, published by the Stockholm international peace research institute in cooperation with the UN Office for the Coordination of Humanitarian Affairs, the main reason to employ militaries is timeliness.

“The military lacks a clear, effective, and coordinated response capability, even though it made improvements after Katrina.”

Armies have not only the necessary equipment to supply large quantities of relief products to the disaster areas, but their helicopters can support search-and-rescue operations.

The timely arrival of soldiers and officers is essential to the course of events in a crisis, but this can often be affected by bureaucratic delays such as status-of-forces agreements.

Needs assessments, linked to the overall coordination framework, must be undertaken to ensure appropriate resources are provided.

The effectiveness of such operations is also affected by absorptive capacity in the country where the disaster took place. While the ability of institutions to coordinate and use assets during the relief operation heavily relies on the country, militaries tend to be relatively self-sufficient.

However, the arrival of large numbers of foreign military from different countries, with overlapping capabilities can cause serious problems.

Coordination between civilian humanitarian actors and the military has been one of the greatest challenges in the past. UN Under-Secretay General for humanitarian affairs and emergency relief coordinator John Holmes said: “Coordination between civilian and military actors is essential during an emergency response. The increasing numbers and scale of humanitarian emergencies, in both natural disaster and conflict settings, had led to more situations where military forces and civilian relief agencies are operating in the same environment.”

Differences in cultures, priorities and operating modes between military and civilian staff can have critical impacts on information management, which is essential for the success or failure of any relief operations.

The last issue of deploying army forces is the costs, which is generally higher for military equipment than for civilian assets. This has caused concerns that foreign military assets place a disproportionate burden on humanitarian funds.

However, several countries have introduced measures whereby their defence ministry covers some or all of the costs for overseas disaster relief, reducing their impact on humanitarian aid budgets.

To overcome coordination issues, simulation and training must be conducted on a regular basis.

“Coordination between civilian and military actors is essential during an emergency.”

Soldiers and officers, in cooperation with civilian authorities such as the police, fire services and first aid providers, have to prepare for how to organise a successful response to any disaster. However, calls that this is not enough have grown louder in recent years. Homeland defence and Americas’ security affairs assistant secretary of defence Paul Stockton announced at the Inter-American Dialogue policy forum on Western Hemisphere affairs in January 2011 that the US intended to create a system to plan for and better coordinate the international influx of help that follows deadly disasters, such as the 2010 earthquake in Haiti, which was the largest disaster response mission in modern US military history.

“When the earthquake struck, there were plenty of partner nations who stepped up to the plate, eager to provide assistance,” he explained. “The problem was we didn’t have a database of the capabilities specific countries could bring to the fight. And we had no way to match up Haiti’s most important requirements with the kinds of assistance that nations were able to provide.”

A proposal to improve the integration of defence capability and civilian authority was introduced during a November 2010 conference of Western Hemisphere defence ministers in Bolivia. Co-sponsored by 14 countries, it calls for a standardised system for military collaboration during disaster-relief operations through a military assistance collaboration cell, the adoption of a common platform for information sharing, and the set-up of working groups to build a framework for military support for civilian-led disaster relief operations

Stockton said such a system would help a country struck by a natural disaster to detail its most urgent priorities and allow those providing assistance to match the needs with international contributions. “We need to be able to harness those defence capabilities to serve the requirements established by civilian authorities in the country that’s been struck by the disaster in a way that’s much more effective than we had in Haiti.”

Specialist Equipment and Clothing Manufacturer for the Armed Forces