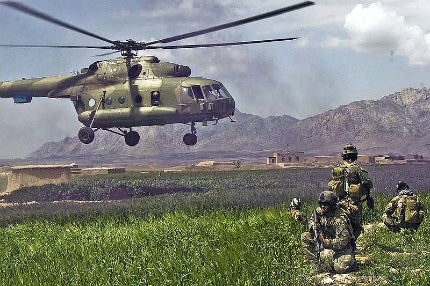 The Royal Netherlands Army (RNLA) had disposed of Leopard 2A6 main battle tanks, a limited number of PzH2000 self-propelled howitzers and 40 anti-tank configured Fenneks, due to budget cutbacks in 2011, according to Shephard.

Since then the Fenneks have been stored at a former United States Army Europe Prepositioned Organisational Materiel Site (Poms) site, along with 116 Leopard II and 32 PzH2000s.

Independently controlled by a single human machine interface (HMI) unit, the lightweight systems can readily mount on a cab or high-mobility multipurpose wheeled vehicles (HMMWVs) chassis, as well as on the joint light tactical vehicles (JLTV).

Hayden said in a statement that Obama has signed a presidential determination waiving certain restrictions under the Arms Export Control Act, which enables US Government to deliver or license certain non-lethal assistance inside, or related to, Syria.

The US Department of Defense (Dod) has initiated a study to evaluate five potential candidate sites for deployment of additional ground-based interceptors (GBI) in the continental US, Pentagon officials have revealed.

Located on federal land, all five shortlisted sites operated either by the DoD and the National Guard or both, according to the officials, who also noted the move is pursuant to the 2013 National Defense Authorization Act.

The Israel Defense Forces‘ (IDF) ground forces command has taken delivery of the upgraded Hovermast-100 tethered hovering system from Sky Sapience, during a ceremony at the company’s experiment facility in Israel.

Sky Sapience CEO and founder brigadier general, Gabriel Shachor, said the company is confident that IDF will find HoverMast an invaluable tool for its intelligence gathering and surveillance (ISR) missions, and will place further orders in the future.

Critical Solutions International (CSI) has received a contract for supply of its two-operator Husky Mark III vehicle mounted mine detectors (VMMDs) to the Turkish Army.

Cameroon’s Ministry of Defence (MoD) signed a contract with Russia for the delivery of Mil Mi-17 multirole military transport helicopters.

The contract was signed with Russian state-arm-exporter Rosoboronexport, a unit of Russian Technologies, during the recent MAKS-2013 International Air Space Show in Zhukovsky, Moscow, Interfax-AVN reports.

Rosoboronexport’s CEO, Anatoly Isaikin, was quoted by the news agency as saying the contract represents the first agreement in the military-technical cooperation domain between Russia and Cameroon.

The Electronic Warfare Market in Saudi Arabia to 2025: Market Brief