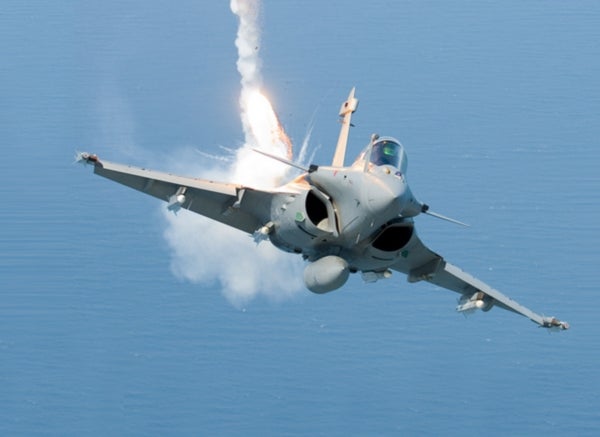 In any given country, the armed forces are among the biggest consumers of fuel and other resources, and so have the greatest opportunity to readily reduce consumption by a significant amount, while at the same time setting an example to industry and the public. Militaries worldwide are facing the unprecedented challenge of providing more and more energy to support advanced systems while at the same time striving to adhere to ever-tighter budgets and stringent environmental goals.

While targets are set at a national level, the environment does not recognise state borders, and it follows that international collaboration could achieve optimal results in the long term. At a recent conference hosted by the Danish embassy in Paris, diplomatic, military and defence industry representatives exchanged ideas on how to make defence greener.

France and Denmark are well-placed to share innovations, sharing as they do a similar defence administration, procurement and command structure. Their close operational partnership was underscored by their cooperation in Libya and during the recent “boots on the ground” Northern Mali conflict. A Danish Hercules even flew in this year’s Bastille Day parade.

But as the conference highlighted, for any environmental aims to have focus, a definition of just what constitutes green defence needs to be set out, and it is clear that it reaches far beyond simple reduction in fuel consumption and emissions. As an indicator of scale, in common with many countries the militaries of France and Denmark are among the biggest owners of land and property, and are among the biggest employers of young people.

The French defence ministry has set out five priorities through its sustainable development strategy (S3D): to improve energy efficiency and consumption management; promote youth employability as a defining element of social cohesion; give SMEs greater access to the Ministry of Defence‘s public procurement contracts; increase awareness among the personnel of the ministry in sustainable development; and preserve environment and biodiversity on land and in the sea.

“The French defence ministry has set out five priorities through its sustainable development strategy (S3D).”

Through this, it has achieved a 13% cut in energetic consumption since 2009, excluding operational fuel, and 80% of defence bases have introduced energy efficiency certificates.

Green defence is high on the Danish political agenda too, and the Ministry of Defence has published two strategy documents setting out strategies for climate and energy, and environment and nature.

The Danish Government’s Defence Agreement 2013-2017 includes an investment of €33m in green bases and €13m in green procurements, and it offers cooperation with commercial companies on green solutions. It has opened a “green bases” commercial project competition, where two bases have been identified as a “playground” for Danish defence and industry to experiment and test solutions.

While it is relatively simple to set a green agenda in the environment of procurement, manufacture, training, accommodation and decommissioning, it is harder to sell the importance of the environment in an operational environment. Here the priorities are the mission in hand and protecting lives. One workshop at the green defence event focused on how green tactics can also provide an operational advantage.

“The Danish Government’s Defence Agreement 2013-2017 includes an investment of €33m in green bases.”

It is often quoted that every litre of diesel that reached the front line in Afghanistan cost a further 12 litres to get there, but beyond the cost and reliance on non-sustainable resources is the cost to those who risk death and injury to transport it there. Modern warfare requires more energy than ever to support advanced systems and keep soldiers safe and comfortable in harsh climates. Front line operations are by their very nature remote from regular utilities and away from the usual supply lines for fuel. The logistics personnel responsible for transporting by land, sea and air the thousands of litres of diesel and other fuel required put their lives on the line on a daily basis.

Among the companies at the workshop presenting low-energy solutions for forward operating bases that could reduce this demand and thus reduce the risk to personnel was Danish company Alpcon, which produces a range of heating and cooling systems and generators designed to reduce fuel consumption for space heating and in heavy duty vehicles by converting exhaust heat into energy. Any power not needed immediately could be used to charge batteries for equipment or act as a range extender for hybrid vehicles.

Chief sales officer Thomas Hirth estimates that the company’s 15kW system, by using exhaust heat to power itself, would recoup its purchase cost of €20,000 after running for 1,000 hours, compared with the cost of a standard heater. Alpcon’s systems can also burn biomass, so be taken entirely off-grid during front-line operations when fuel is hard to come by.

Another company with similar aims but a different approach is UnatSolar, which produces alternative power solutions using solar and wind energy. UnatSolar has already demonstrated a key success – the UK Ministry of Defence installed the company’s solutions as part of its PowerFOB initiative at Episkopi Training Area, Cyprus, in 2011. According to company owner Carsten Schlagelberger, the aim was to save 45% of regular energy consumption, but the trial saved 55%, with the potential to save more when properly integrated.

“It is often quoted that every litre of diesel that reached the front line in Afghanistan cost a further 12 litres to get there.”

Moving the focus from bases to infantry soldiers, Sagem Defence and Security, a SAFRAN company, is behind the French military’s FELIN (Fantassin à Equipements et Liaisons INtégrés), one of the most successful dismounted soldier modernisation programmes, currently equipped with 12 regiments. Industrial co-operations and offsets director Renaud d’Hautefeuille explained that one of the aims of the programme was to make the individual soldier autonomous for fuel requirements. To this end all the powered systems he carries, including radio, communications, goggles and imaging equipment, are integrated, not just in terms of operations, but using a single Li-ion battery with advanced energy management.

This means overall reduced energy use, and energy can be directed to the equipment that particular user is using at that time. The overall weight of systems carried is also greatly reduced. Once discharged, the central battery can be recharged at base, including using renewable sources, or from a vehicle battery. New, lighter battery technology, such as fuel cells, may be considered in future once established as safe and reliable for soldier-worn systems.

Not all solutions discussed during the workshop were directly related to energy. Etienne Lacroix manufactures pyrotechnic solutions that can be fired from armoured vehicles or aircraft to disrupt enemy targeting solutions. Director of pyrotechnics Dominique Medus explained that the company’s main focus was on using green chemicals to reduce damage to the environment. To this end it is experimenting with changing formulations to use fewer chemicals and is measuring the environmental impact of reducing toxicity, while maintaining the full effect of the product.

The company is working directly with the French MOD to reduce the toxicity of smoke and obscurant, using mathematical models to predict which mixtures will be effective, although it is hard to predict the result as perceived by a human being, such as whether an enemy would be able to see the target through the smoke. As well as reducing energy used in the manufacturing process, Etienne Lacroix is attempting to reduce toxic heavy metals, including lead and chromium.

A question of definition

The Green Defence event in Paris had a specific agenda to stimulate discussion around new environmental technologies to support the militaries of France and Denmark, but the lessons learned could offer wider-reaching benefits. The armed forces are such massive enterprises that reducing energy consumption and emissions can offer significant benefits, not just in terms of the environment but also saving money and reducing risk. By embracing the bigger picture of what “green” means and sharing international initiatives, the advantages could be even greater.

Wearable solar cells for soldiers: Running out of energy?

Defence organisations across the world have spent millions trying to develop wearable solar technology for soldiers in the field.