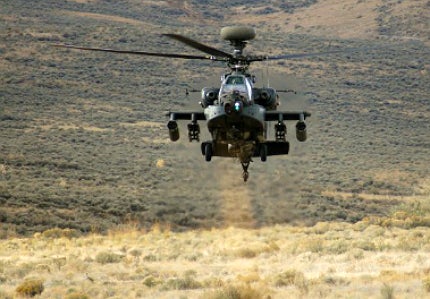 The Russian Ministry of Defence (MoD) has commenced the construction of a new Voronezh-Class advanced early missile warning radar in the central region, in a bid to enhance the country’s missile defence systems.

Russian MoD spokesman colonel Alexey Zolotukhin was quoted by RIA Novosti as saying that the radar will be built near the town of Orsk in the Orenburg region, as part of the comprehensive missile early warning network that is scheduled to be completed by 2020.

"In addition to the Orenburg radar, the preparations for construction of new-generation radars are underway in the Krasnoyarsk and the Altai territories," Zolotukhin said.

An unnamed DRDO official was quoted by the news agency as saying the trials will, for the first time, simultaneously test all the tank’s modifications.

Making South Korea the 12th international customer of the M-TADS/PNVS-equipped Apache, the $223m contract covers delivery of a total of 36 systems, along with spare parts.

The Turkish Government has signed a contract with Turkish Aerospace Industries (TAI) for development of the country’s first national next-generation light utility helicopter.

Signed by the undersecretary for defence industries as part of the indigenous helicopter project, launched in June 2010, the contract covers all three phases of the development programme, Defense News reports.

An unnamed senior procurement official, familiar with the programme, was quoted by the news agency as saying the project aims to produce a helicopter that is completely designed by local engineers, using customised sub-systems that can compete with other foreign developments in terms of performance and costs.

EDA deputy chief executive Rini Goos said: "This common procurement initiative illustrates the success of our approach. It all started with three countries choosing EDA as their vehicle for cooperation, a couple of months later, we have two additional countries on board."

UkrespectExport has been awarded a contract for delivery of additional 21 BTR-3E1 armoured personnel carriers (APCs) to the Royal Thai Army.

The contract covers the supply of locally assembled 15 BTR-3E1 and six BTR-3RK vehicles to the Thailand, Interfax-Ukraine reported, citing a press service from the state-run company.

The company, however, did not provide any information regarding the contract value.