In its report, In Search of Strategy – The 2020 Integrated Review, the committee reiterated previous calls for clarity from the government on the role of the Prime Minister, ministers and advisers in the review process and underscored ‘the need for strong political leadership and strategic analysis to inform the UK’s future defence posture’.

The committee also urged the government to ensure the review includes a thorough assessment of the ‘economic, diplomatic and military activities and the internal political dynamics’ of countries like China and Russia.

Commenting on the review, Defence Select Committee Chair and MP Tobias Ellwood said: “The Integrated Review presents a rare opportunity to conduct a holistic assessment of the effectiveness of the UK’s security, defence, foreign and development policy.

“As we re-orient ourselves on the world stage and react to significant geopolitical shifts in power, we must make an honest assessment of our country’s strengths and weaknesses, using this to inform our strategy going forward. Decisions must be made based on a clear view of the world and a detailed vision for the UK’s role within it, rather than short term economic considerations.”

Ellwood added: “The committee system should not be viewed as an adversary of government, but instead as a constructive critic and contributor. We hope that this report aids the government in its approach to the Integrated Review; it is in all of our interest that this Review is a success.”

Ellwood said: “The Defence Committee, alongside colleagues in the Foreign Affairs and International Development Committees, have repeatedly called for clarity and transparency from the government. These calls have, at times, been left unanswered.

“A number of unknowns remain, including the key players at the heart of the review. A policy review of this importance should not take place behind closed doors.”

In the report, the committee said the government should respond by setting out how and when the Prime Minister and members of the cabinet will be involved in the review process. In addition to the committee called for the government to outline who will chair the review process in the Prime Minister’s absence, and what role is being played in the review by the Number 10 Policy Unit and Special Advisers.

Outside of this, the report says the government ‘should’ also set out the roles of the National Security Council and its subcommittees, the cabinet and government departments in the review process.

The report adds the government should also explain what ‘thematic workstreams’ have been identified and clarify the role of the National Security Adviser in the process. The committee added that it wanted the government to explain what part the National Security Strategy and Implementation Group will play in ‘driving integration at an official level’.

The committee’s report adds: “The review should assess and report on the effectiveness of existing government structures and policies designed to facilitate cross-government collaboration.

“This should include a review of the National Security Council and associated policy frameworks and funds, such as the Fusion Doctrine and the Conflict, Stability and Security Fund. If existing collaboration is inadequate, the review should identify ways to ensure greater cross-government collaboration in the future.” 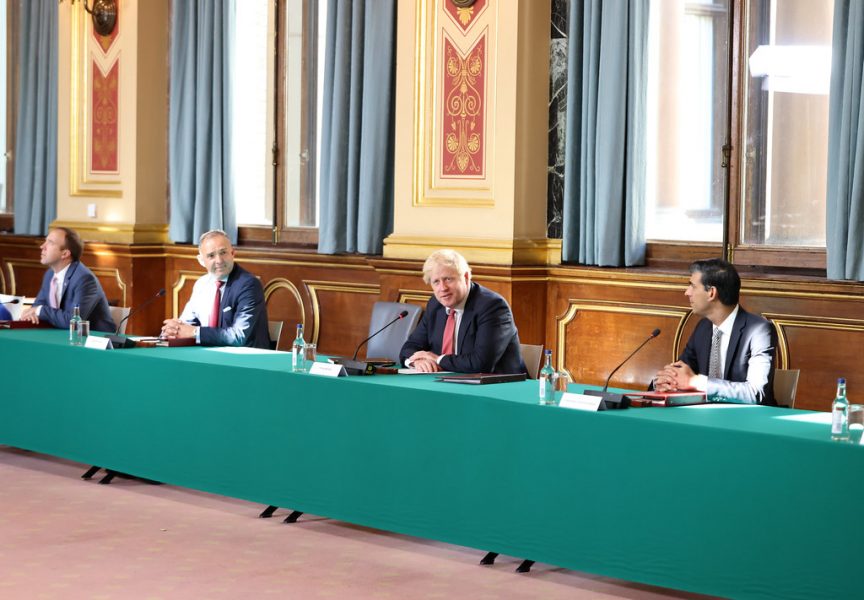 Ellwood said: “Number 10 has described the Integrated Review as the most comprehensive policy review since the end of the Cold War, however, we are concerned that the gap between this expectation and reality is widening.

“The prime purpose of the Integrated Review must be to ensure our defence posture is upgraded to match emerging threats and protect our developing interests. We must not lose sight of that – even with the financial pressures caused by Covid-19.”

The committee said that while the government’s ‘ambition’ was welcome, it heard that “if the Integrated Review is to be truly strategic, it must go beyond political rhetoric and adhere to first principles.”

The report adds that from a defence perspective, reviews are often seen as an exercise in identifying “means” (resources), “ways” (courses of action) and “ends” meaning ‘national security identified in the National Security Strategy’.

In evidence, former Chief of the Defence Staff Lord Stirrup said: “We argue about the value of the various reviews that have been undertaken over the years, but in my view, one thing is crucial: if you are to have a strategy that is worth the name, you must address ends, ways and means together.

“Means, in this case, are essentially the defence budget. If you do not do the whole package, including the money, together, then you do not have a strategic review.”

In light of this, the report recommends that the government “Set out the mechanisms and approach to challenging assumptions underpinning the UK’s defence strategy” and “explain what role the Dstl’s Defence Wargaming Centre and MoD’s Strategic Net Assessment Unit will play” in the review process.

Ellwood added: “To ensure the review takes a strategic approach, there must be broader engagement and consultation of external stakeholders, and yet so far the committee has seen little evidence that this has taken place.”

The report adds: “We welcome the government’s ambition to conduct the “deepest” and

“most radical review since the Cold War.” At a time of such geopolitical and economic uncertainty, it is vital that the review involves thorough consideration of the desired “ends” of the UK’s security, defence, development and foreign policy as well as the “ways” and “means” required to achieve them.”

To do this, the committee added that the review must ‘ identify and overcome’ factors that could lead to the review becoming a “business as usual” exercise.

The committee’s report adds that the government ‘must use’ the Integrated Review to set out a coherent vision for how the UK’s Armed Forces will operate in future and outline the platforms, weapons and personnel that will ‘ensure this vision is realised’.

International Institute of Strategic Studies Senior Fellow for Military Aerospace Douglas Barrie gave evidence to the committee saying the frequency of defence reviews had led to “review fatigue”. Since 1994, the UK has held a total of 10 reviews into defence policy – including the Integrated Review.

The committee said that conducting ‘supplementary reviews’ outside of the quinquennial cycle established by the 2010 Strategic Defence and Security Review (SDSR) risked ‘undermining’ the credibility of the UK’s defence and security policy and created undue ‘uncertainty’ for defence planners.

The committee added: “Our recommendations contribute to ensuring that the Integrated Review provides a framework for the UK’s security, defence, development and foreign policy for at least the next five years.”

In evidence, Royal United Services Institute Deputy Director-General Professor Malcolm Chalmers warned that if the review suggests unrealistic efficiencies and savings, “you will end up with [a] supplementary review in 2021 and 2022, in which case you really will have review fatigue.”