What do Wembley stadium on a match day, a school in West Virginia and a checkpoint in Jerusalem have in common? The answer is a need for security.

From manpower to cameras, metal detectors, facial recognition systems and everything in between, Canadian company Patriot One, in partnership with Cisco, IBM and Raytheon, is looking to change the way these systems detect, interpret and notify us of threats.

Using a combination of video recognition systems, cognitive microwave radar, targeted magnetic sensors and airborne trace chemicals sensors, their systems perceive threats in a covert manner, unlike existing, intrusive infrastructure. The goal is to have each system filling in the gaps left by others to paint a full picture of the threats in a given space.

The video recognition system uses existing camera systems along with software powered by AI and machine learning for object recognition.

Cronin explains: “You take a feed from a camera system, run it through our servers, and the algorithms have been taught to recognise a weapon in an open view. So somebody pulls out a gun or a knife, the algorithms instantly recognise it and generate an alert.”

Machine learning can replace human operators sat watching a bank of screens and camera feeds. Reducing the margin for human error or oversight, software that automatically scans every frame of video can allow for faster, more appropriate responses to potential threats.

What a machine will lack, however, is the human operator’s ability to rely on intuition and make a judgement call. If a student brings a toy gun to school, for instance, the automated system will flag it as a weapon and the resulting response could easily end in disaster.

One solution to eliminating this margin of error is to apply targeted magnetic sensors and cognitive microwave radar. Cronin explains that while the video recognition software may wrongly identify an object as a threat, the analysis from the concealed weapon detection systems will further evaluate that result by checking the object’s signature based on material composition.

This reduces the margin of error by having additional layers of threat analysis and verification. 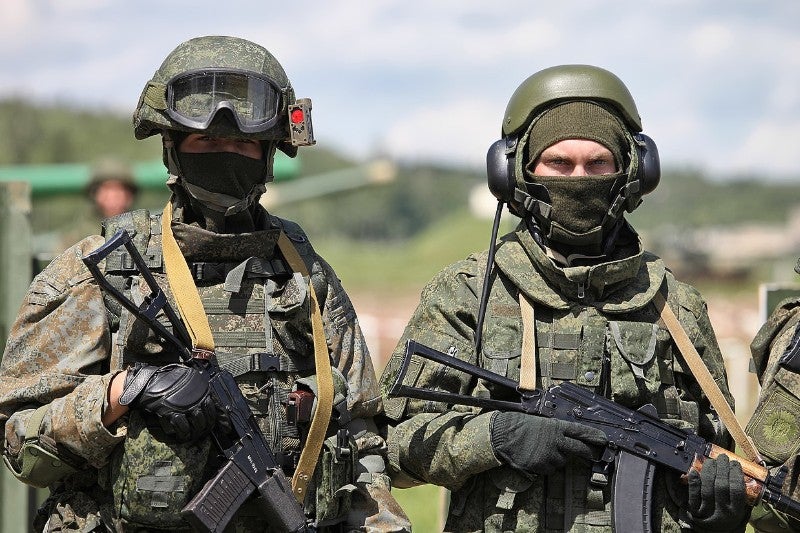 From officer safety to backpack bombs?

One of the company’s most recent development is the Patscan STS sensor, designed in cooperation with a former Navy Seal, which can detect explosive material at a distance from airborne trace chemicals.

Cronin explains: “It’s a sniffing device with very, very high sensitivity. So it will detect the vaporisation of explosives in close proximity. The system is designed to detect car bombs or people carrying IEDs when they travel near a sensor.”

The concept behind these systems was born out of both Cronin and Lancaster’s long experience working in the security and diplomatic fields, at the Foreign Office and with the police, respectively. Their work has helped them gain first-hand insights into the challenges security services deal with.

Lancaster explains one of the company’s current focuses: “We’ve got a couple of initiatives we’re starting around officer safety using the same kind of technology. That’s mainly US-focused, using on-board cameras, to identify potential threats that the officers may be facing.”

After a spate of police officers being killed in their cars, Patriot One’s technology presented a possible solution. Most police cars in the US carry a 360-degree camera on-board. Patriot One envisions a world in which that camera can see the gun before the officer sees it, giving them vital time to stay safe.

Patriot One also wants to apply this technology to military vehicles, so that the system can automatically alert soldiers to the presence of small arms or bombs in the vicinity of a Humvee or tank, in a bid to improve survivability in hostile environments.

As security environments evolve, the need for less invasive ways of keeping people safe is growing. However, security needs to be balanced against civil liberties.

UK police forces have recently come under fire for trialling facial recognition technology in public spaces, with privacy groups arguing that it is too intrusive. Technologies which can detect and identify objects based on scans and sensors could help address these privacy questions by reducing the need for large-scale video surveillance and scanning.

Facial recognition still has a place in the security environment, but additional detection systems allow it to be more targeted. By detecting weapons or patterns of behaviour the systems can then decide whether to run a facial recognition scan allowing security professionals to know who and what they are dealing with, while limiting, as much as possible, the impact on individuals’ right to privacy.