In February the US Government Accountability Office (GAO) released a report into US Army readiness highlighting the progress and challenges in modernisation efforts. The GAO found that the US Army is on track to reach its readiness objectives for 2022. However, there are some challenges that may hinder US Army readiness in terms of equipment repair and modernisation in the coming years.

The report noted: “GAO has made 44 recommendations in prior unclassified work described in this statement. Dod and the Army have generally concurred with them, have implemented seven, and have actions underway to address others.

“Continued attention to these recommendations can assist and guide the Army moving forward as it seeks to rebuild the readiness of its force and transforms for the future.”

Heated battle for JEDI comes to the boil

The cloud platform is designed to unify a range of data pools held by the Pentagon and streamline access to information. Amazon were originally favourites to win the cloud contract, however, fast-forward to today and Amazon has filed a complaint in US federal court after the contract was handed to Microsoft. Amazon claims the decision was unfairly influenced by US President Donald Trump’s personal dislike of owner and founder Jeff Bezos.

In June, Raytheon agreed to a merger of equals with United Technologies (UT ), creating a new company called Raytheon Technologies . The merged company is expected to generate around $74bn in sales.

Raytheon chair and CEO Tom Kennedy said: “Today is an exciting and transformational day for our companies and one that brings with it tremendous opportunity for our future success. With our enhanced capabilities, we will deliver value to our customers by anticipating and addressing their most complex challenges, while delivering significant value to shareowners.”

US Army looks to poach the navy’s lasers

In July, the US Army announced plans to employ laser technology developed by the US Navy on ground systems, according to a senior army official.

Speaking at the Association of the United States Army Institute of Land Warfare breakfast, the principal military deputy to the assistant secretary of the army for acquisition, logistics and technology and director of the Army Acquisition Corps Lieutenant General Paul Ostrowski said: “The intent is to work with the navy, and we are doing that right now, in order to increase the power of that laser system from beyond 100kW up to maybe the 250kW mark.”

The US Army has successfully put the development of laser systems at the heart of future defence against aerial attacks from drones or conventional aircraft while also reducing the costs involved.

Updates on Warrior CSP at DSEI

In September at DSEI, Lockheed Martin confirmed that that The British Army Warrior Capability Sustainment Programme (CSP ) was on schedule, having completed 20 battlefield missions. At the time the company said it expected to double that number by the end of the year.

Lockheed Martin is developing the Warrior CSP programme using legacy vehicle bodies from BAE Systems to deliver enhanced reliability, survivability and lethality to the British Army. One of the key Warrior CSP deliverables is increased lethality, with the introduction of a stabilised turret which can be fired on the move.

The vehicles are expected to pass qualifications by July of 2021, with design acceptance due later in August 2021.

China’s on the march

In October, the eyes of the world turned to Beijing to witness thousands of Chinese troops take to the streets, showcasing a range of new military equipment including a hypersonic missile system.

The parade to mark the 70th anniversary of the birth of the People’s Republic of China, saw 15,000 personnel and 580 pieces of equipment march through Beijing as 160 aircraft flew overhead in a display of the country’s expanding military power.

Two highlights from the parade were the in-development DF-17, capable of carrying a hypersonic glide vehicle, and the non-silo based Dongfeng-41 (DF-41) intercontinental ballistic missile. The DF-41, according to Chinese state media, can target and attack anywhere in the world and can house 10 separate warheads using re-entry vehicles that can all be targeted independently to strike numerous locations.

China’s Ministry of National Defence at the time said the missiles will “play a vital role in strategic counterbalance, deterrent control and in winning decisive victory.” 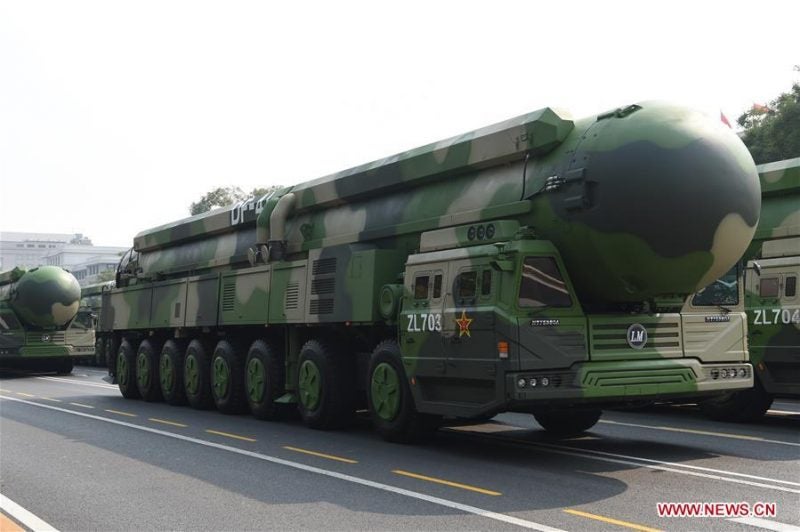 The DF-41 has a potential range of up to 15,000km. Credits: China’s Ministry of National Defence.

In November, A report by the Royal United Services Institute (RUSI) said that the UK’s ground forces would be outmatched by Russia and called for the British Army to make expanding fire capabilities a key investment focus.

‘The Future of Fires: Maximising the UK’s Tactical and Operational Firepower’ detailed the “critical shortage” of artillery alongside a lack of transport capabilities that would leave the UK’s ground forces uncompetitive in a conflict with Russia.

The paper reads: “The UK’s ground forces are comprehensively outgunned and outranged, leaving enemy artillery free to prosecute fire missions with impunity. This must ultimately fix and suppress British guns and manoeuvre elements, and thereby lead to the defeat of UK units in detail.”

The report made a number of recommendations for the UK to strengthen its artillery capabilities, including possibly revisiting the use of cluster munitions as a cheaper alternative to precision-guided weapons.

In December, Stockholm International Peace Research Institute (SIPRI) announced that the world’s 100 biggest defence manufacturers saw their arms and military services sales increase by 4.6% to $420bn worldwide in 2018. Data from SIPRI the showed US companies continuing to dominate the market and head the institute’s top 100 ratings. 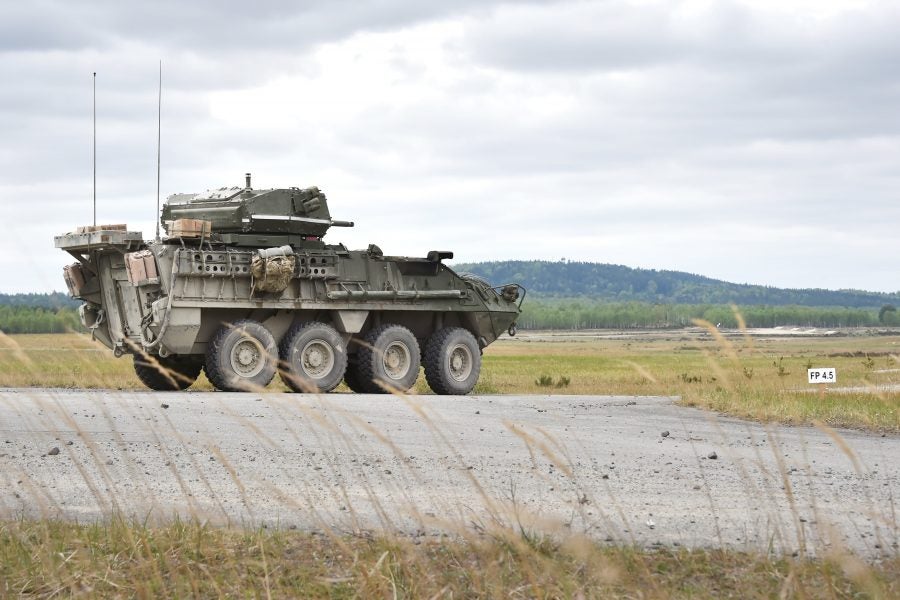 The NDAA sets aside funds for the upgrade and expansion of the Stryker force. Credits: DoD.

Finally, in December, the US Senate and House Armed Services Committees completed conference on the FY20 National Defense Authorization Act (NDAA) that funds the Department of Defence (DoD), approving a colossal budget, the creation of a Space Force and expansion of the US Navy.

“The report also authorises $5.3 billion in emergency disaster recovery to help military installations across the country from extreme weather and natural disasters.”

The US Defense Industry - Market Entry Strategy to 2019: Market Profile