Business optimism declined in July 2022 compared to June 2022, amid concerns over inflation as the cost-of-living pressures on households continued to grow in countries such as the UK, revealed the analysis of an ongoing poll by Verdict.

Analysis of the poll responses recorded in July 2022 shows that optimism regarding future growth prospects decreased by two percentage points to 61% from 63% in June 2022. 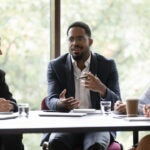 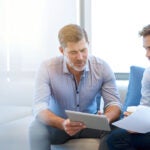 The respondents who were pessimistic increased by one percentage point to 9% in July, whereas those who were very pessimistic remained unchanged at 14%.

The percentage of respondents who were neutral (neither optimistic nor pessimistic) increased by one percentage point to 16% from 15% in June.

The analysis is based on 328 responses received from the readers of Verdict network sites between 01 July and 31 July 2022.

Business confidence falls three points to 25% in the UK

The overall business confidence in the UK fell three points to 25% in July 2022, according to the Lloyds Bank Business Barometer. It fell below the long-term average of 28% for the first time since March 2021 when the economy was emerging from the impact of the COVID-19 pandemic.

The fall in business confidence is attributed to rising inflation, which is reaching the highest level in the last 40 years. Inflation was one of the primary concerns among 54% of the businesses, followed by economic slowdown (38%) and tightening labour markets (25%).

The ifo Institute’s ifo Business Climate Index dropped noticeably to 88.6 points in July 2022, down from 92.2 points in June 2022, to reach its lowest level since June 2020 as organisations are expecting poor business performance in the months ahead. Higher energy prices and threat of a gas shortage are weighing on the economy with the possibility of a recession.

The index plummeted across sectors such as manufacturing, services, trade and construction. Pessimism regarding the months ahead reached its highest levels since April 2020 and across most industries in manufacturing. In the service sector, the business climate worsened even in tourism and hospitality, which reported recent optimism. Meanwhile, businesses remained less satisfied with their current performance in trade and were increasingly worried about the future.

Business confidence in New Zealand improved by six points in July to -56.7 from -62.6 in June, even though inflationary pressures remained intense, according to the ANZ Business Confidence Index and ANZ Own Activity Index. While most indicators changed marginally, residential construction intentions plunged again to fresh lows. New Zealand businesses believe that the Reserve Bank is working on reducing customer demand for their merchandise in an effort to reduce inflation. Meanwhile, supply-side factors such as higher costs and severe staff shortages continue to cause disruptions.