The proportion of military equipment and technologies companies hiring for digitalization related positions rose in April 2022 compared with the equivalent month last year, with 80.6% of the companies included in our analysis recruiting for at least one such position.

This latest figure was higher than the 72.5% of companies who were hiring for digitalization related jobs a year ago but a decrease compared to the figure of 82.4% in March 2022.

When it came to the rate of all job openings that were linked to digitalization, related job postings dropped in April 2022, with 12.4% of newly posted job advertisements being linked to the topic. 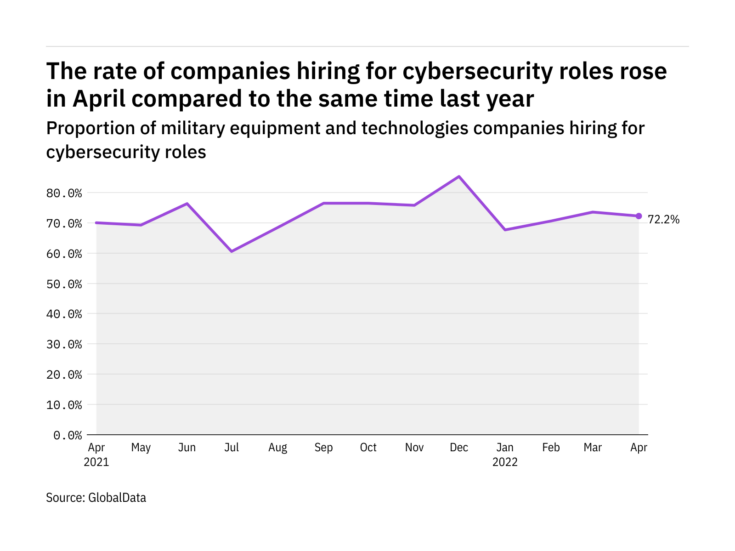 Cybersecurity hiring levels in the military industry rose in April 2022 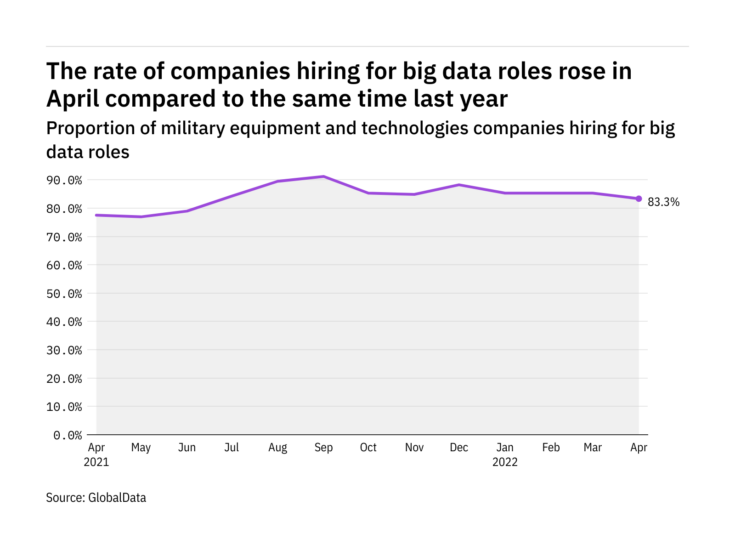 This latest figure was an increase compared to the 11.6% of newly advertised jobs that were linked to digitalization in the equivalent month a year ago.

Digitalization is one of the topics that GlobalData, from whom our data for this article is taken, have identified as being a key disruptive force facing companies in the coming years. Companies that excel and invest in these areas now are thought to be better prepared for the future business landscape and better equipped to survive unforeseen challenges.

Our analysis of the data shows that military equipment and technologies companies are currently hiring for digitalization jobs at a rate higher than the average for all companies within GlobalData's job analytics database. The average among all companies stood at 11.7% in April 2022.