That’s according to GlobalData’s Financial Deals database, which tracks market activity across a variety of sectors and deal types.

The figures, which cover the top military equipment and technologies companies, show the market in the US to be the most active, with 14 deals taking place over the last three months. That was followed by France, which saw two deals. 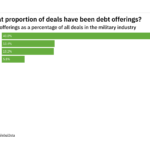 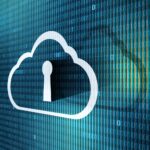 Below are some of the largest completed deals to have taken place in the last quarter.

Lockheed Martin Corp is an aerospace, defense, arms, security, and advanced technologies company, while Aerojet Rocketdyne Holdings Inc is a manufacturer of aerospace and defense products and systems, for a purchase price of USD4.4 billion.

Aerojet Rocketdyne has a post-dividend equity value of USD4.6 billion.

As part of approving the transaction, Aerojet Rocketdyne announced a special cash dividend, revocable at its option through the payment date, of USD5 per share to its holders of record of common stock and convertible senior notes (on an as-converted basis) as of the close of business on March 10, 2021, and payable on March 24, 2021.

Evercore is acting as an advisor to Aerojet Rocketdyne in the transaction.

Announced: On December 20, 2020, Lockheed Martin entered into a definitive agreement to acquire Aerojet Rocketdyne Holdings for a purchase price of USD4.4 billion.

Consortium of Investors includes (Airbus SAS, Safran SA and Tikehau Ace Capital) have agreed to acquire 100% stake in Aubert & Duval, a metallurgical solutions provider from Eramet, a mining and metallurgy company, for a purchase consideration of USD107.34 Million). All the companies involved in the transaction are based in the France.

Nomura acted as financial advisor to Safran for the transaction.

Under the terms of the transaction, A&D's divestment would be based on an enterprise value of EUR95 million alongside with a set of specific guarantees in addition to the usual guarantees. The accounting impact is estimated to -EUR340 million, and will be recognized in the result for the year 2021. It will have no impact on the Group's net debt on 31 December 2021.

The finalization of the deal, which should take place before the end of 2022, is subject to the endorsement of the staff representative bodies and to regulatory approval.

CTS Corporation, a US-based manufacturer of sensors, actuators and electronic components, has announced a definitive share purchase agreement to acquire Meggitt Plc, a UK-based designer, manufacturer, and supplier of piezoceramic components for the aerospace, defense and selected energy markets, for DKK525 million (USD76.86 million) in cash.

The transaction is expected to close in 2022 and is subject to the receipt of the requisite regulatory approvals.

Leidos Holdings Inc, a defense, aviation, information technology, and biomedical research company, has signed a definitive agreement to sell Aviation & Missile Solutions LLC, an aerospace and defense company, to undisclosed investors, for a consideration of USD18 million. Both the companies are based in the US.

The transaction is expected to be completed during the first quarter of fiscal year 2022.

Textron Inc., a multi-industry company with operations in aircraft, defense, industrial products, and finance, has entered into an agreement to acquire Pipistrel d.o.o Ajdovscina, a Slovenia-based light aircraft manufacturer.

Upon closing of the transaction, Textron plans to form a new business segment, Textron eAviation, focused on the development of sustainable aircraft, which will include Pipistrel.

Pipistrel founder and CEO Ivo Boscarol will remain a minority shareholder as well as Chairman Emeritus, consulting on future product plans and strategies for a two-year period.

The transaction is expected to close during the second quarter of 2022, subject to customary closing conditions, including regulatory approvals.

Overwatch Imaging, a US-based designer and manufacturer of imaging systems with custom onboard artificial intelligence (AI) software for both piloted and unmanned aircraft, has raised USD11 million in venture financing. The financing was led by Squadra Ventures and Shield capital. L3Harris Technologies and Bridger Aerospace, as well as the Portland Seed fund participated in this round.

The funds will be used to meet the high demand for its products, enhancing the automation and image analytic software, and expanding into new market segments.

Blueshift Asset Management, LLC, a quantitative investment firm focused on statistical arbitrage and trading strategies, has acquired 4,969 shares of AeroVironment Inc, a designer, developer and provider of unmanned aircraft systems and commercial information solutions for USD0.42 million. Both the companies are based in the US.

Elliott Investment Management L.P., a privately owned hedge fund sponsor, has made an offer to acquire Mercury Systems Inc, a a technology company that develops defense electronic solutions. Both the entities are based in US.

According to Reuters, sources reported that, Thales SA, a company that designs and builds electrical systems and provides services for the aerospace, defense, transportation and security markets, may acquire the big data and cybersecurity business of Atos SE, a multinational information technology service and consulting company for a potential consideration of USD3 billion. Both the companies are based in France.

The big data and cyber security business of Atos SE is known as BDS.

According to people familiar with matter, Raytheon Technologies Corporation, a provider of systems and services for commercial, military and government, may sell Anschuetz Navigation Systems Unit, for consideration of USD200 million.

Anschuetz Navigation Systems Unit is a designer and maker of products including gyrocompasses, which are used to establish headings at sea as an alternative to more common compasses, which can have magnetic fields distorted by ships steel hulls.

EMCORE Corp, provides sensors and mixed-signal optics products, has acquired all the intellectual property, and outstanding assets and liabilities of the L3Harris Technologies Inc, a aerospace and defense company that provides products and technologies across sea, land, space, air, sea, and cyber areas, for a consideration of approximately USD5 million in an all-cash transaction. Both the companies involved in the transaction are based in US.

Deal History: Announcement: On February 15, 2022 EMCORE Corp, a provider of sensors and mixed-signal optics products, has announced to acquire all the intellectual property, and outstanding assets and liabilities of the L3Harris Technologies Inc,an aerospace and defense company that provides products and technologies across sea, land, space, air, sea, and cyber areas.

QinetiQ Limited, a subsidiary of QinetiQ Group PLC, has acquired the Northstar autonomous navigation software from TP Group PLC, a consulting, digital solutions, and engineering services company across the full lifecycle of defence, space and energy programmes, for total cash consideration of USD0.78 million. Both the companies are based in the UK.

QinetiQ Group is a provider of science and technology products and solutions.