The company’s drones offer unrivalled performance and are developed to suit several applications. Some of the key features of Aero Sentinel devices include enhanced interoperability, ease-of-use, durability, and low lifecycle costs.

Aero Sentinel develops some of the most efficient drones in the world. Its G2 and G3 models offer up to 80 and 90 minutes of flight endurance respectively.

Aero Sentinel’s extensive range of drones have been developed to detect and evaluate potential threats, as well as manage information and act as the first responder to an event.

Our devices offer a cost-effective solution to aerial threats while delivering optimal reliability and the latest technology in the industry.

UASs offer many strategic advantages such as their usefulness in covert operations. This is due to their ability to fly at low altitudes and under–the-radar, along with minimal acoustic and visual signature construction. Aero Sentinel’s compact, tactical unmanned aerial vehicles (UAV) feature high-quality day and night payloads with real-time communication and video connectivity.

Rapid deployment is of critical importance when conducting ISTR missions. Our quadcopters can be assembled in under five minutes, while batteries and sensors can be replaced by one person with minimal training.

Aero Sentinel’s devices are suitable for use by a range of tactical teams in both military and civilian applications. The operating GCS utilises intelligent software to plan any type of mission, monitor flights and provide real-time dual controls of both the drone and camera.

Aero Sentinel’s GCS is based on a ruggedised laptop that can be used in adverse military environments, including war zones. One of the key benefits of the system is its ability to provide around-the-corner insights in real-time, which can alert users to enemies or other potential threats in advance.

The GCS supplies information that make it safer to navigate in both urban and rural environments, enabling users to be proactive while conducting missions. This identifies potential threats in order to reduce the possibility of casualties during military response, as well as the risk to both soldiers and civilians.

Aero Sentinel’s specialist labs are equipped with the latest advanced technology and the company employs highly qualified and experienced engineers.

We adhere to the highest standards throughout our processes, from the research and development planning stage through to the manufacturing and delivery of our drones.

Aero Sentinel G2: The Most Efficient Drone in the World

The G2 is an advanced UAV System that provides real-time day and night video stream via a ground control station. Complete autonomous operation with long endurance and low weight make the G2 the best cost-efficient solution. 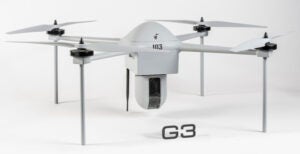 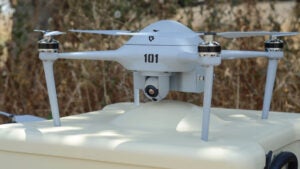 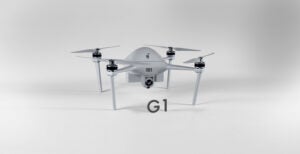 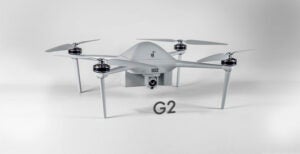 Aero Sentinel G2: The Most Efficient Drone in the World

The G2 is an advanced UAV System that provides real-time day and night video stream via a ground control station. Complete autonomous operation with long endurance and low weight make the G2 the best cost-efficient solution.