Zen is the leading training simulator manufacturer in India, where its state-of-the-art simulators are widely used. The systems are also used abroad by various government organisations, defence, police and para military forces. The company is a prime contractor for Indian security forces.

The company, established in 1993, has made its presence felt with a wide array of Land-Based Military Equipment Simulators, Driving Simulators, Heavy Vehicle Simulators and Mining Simulators.

The Zen AWeSim is a firearms training simulator, which provides basic firing skills to recruits and advanced marksmanship training to soldiers, culminating in the engagement of targets in tactical scenarios. The simulator is a software-based and menu-driven with pre-programmed and user-defined exercises with different terrain backdrops, environmental conditions and ranges. AWeSim can be adapted to a number of direct firing small arms for up to ten lanes.

It allows trainees to fire simultaneously at computer-generated virtual or video targets and scenarios. The firing data can be replayed for review and analysis, reports stored or print outs taken. It is available in wireless and tethered configurations.

The Zen Smart Target System (Zen STS), a location of miss and hit (LOMAH) equipment, is an electro-mechanical, software-driven, acoustical-projectile detection and reporting system designed for live small arms firing in the range. The equipment is rugged, lightweight, easy-to-assemble and operate, as well as being available in wired and wireless configurations.

The system consists of a pop-up target (PT) with acoustical sensors mounted on a frame at the target end, a firing point equipment (FPE) for instant display of location of bullet hit or miss for individual lanes at the firer-end; and a central master control station (MCS) to monitor and record the results of all firing lanes simultaneously.

The laser-based Zen TacSim provides high-fidelity, force-on-force tactical training in all types of terrain and weather conditions. The system can handle 120 trainees and is scalable. All real-time exercise data is transmitted through a wireless radio network to the control station through a base station.

The system is also capable of simulating effects of area weapons, such as Artillery and Mortar fire, Hand Grenades, Minefields and IEDs. The system can identify hits accurately and determine the severity of the wound and categorises it accordingly as either killed, injured or a near miss.

This containerised, plug-and-play simulator has all the controls gunners and commanders would expect to find in most tanks, and the compartment interiors are exact replicas of real tanks, with the crew entering through their respective hatches.

Though replicated, they are functional to train gunners and commanders in all aspects of firing, including bore sighting and laser-range finding, with all types of weapons on a tank. Simultaneous training of three tanks is also possible. A three degrees of freedom (DoF) motion platform generates the recoil effect of the main gun and missile.

From 12-15 August 2013 Zen Technologies will be showcasing their Zen UAV Mission Simulator at the AUVSI Unmanned Systems event at the Walter E. Washington Convention Center in Washington, DC. 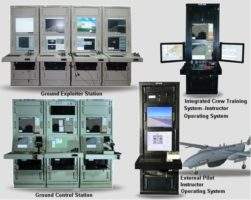 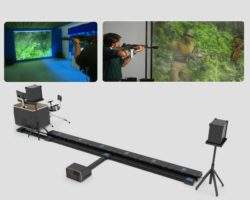 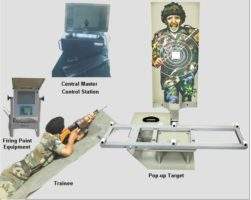 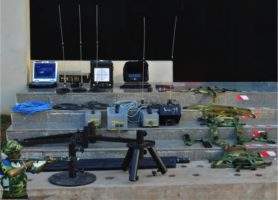 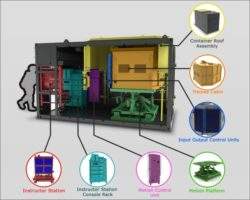 From 12-15 August 2013 Zen Technologies will be showcasing their Zen UAV Mission Simulator at the AUVSI Unmanned Systems event at the Walter E. Washington Convention Center in Washington, DC.