Responder Training Services's (RTS) leadership has overseen the implementation of thousands of immersive scenario iterations, and has been responsible for the training of tens of thousands of soldiers. 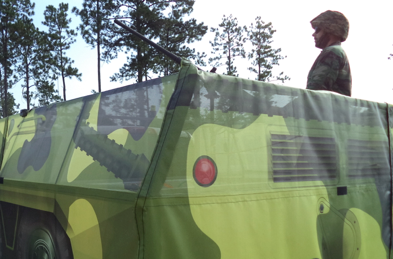 Responder Training Services’s (RTS) leadership has overseen the implementation of thousands of immersive scenario iterations, and has been responsible for the training of tens of thousands of soldiers.

As a result, the company has been recognised by state government and military leadership for its outstanding contribution to the superior training of soldiers deployed in Afghanistan and Iraq, where they helped save military and civilian lives.

Non-foreign language speaking role players can engage in blank fire engagement to provide a realistic enemy force.
Technicians are capable of setting up fire marker functions.
Technicians are trained in site dressing to make the environment both immersive and believable.

The company also employs non-foreign language speaking, generic role players / civilians on the battlefield (COBs) who portray townspeople, refugees, and detainees. It is important for soldiers to practice interacting with a range of people to prepare them for any possible scenario.

Opposing forces (OPFOR) personnel are equipped with small arms weaponry and capable of blank fire engagement. OPFOR role players will be civilians with a military background and often remain on site for the entire training session.

All role players and personnel wear native dress according to specific regions or areas of combat, so that they fully blend in during training.

RTS’s technicians often come from the film or television industry and have years of experience in creating realistic special effects. To create authentic combat conditions and to provide soldiers with situational awareness RTS technicians are able to perform fire marker functions.

The company’s well-trained and professional art and design professionals furnish and operate an impressive range of props, weapons and site dressings to help create an immersive battle experience.

They also offer to apply moulage to recreate injuries to allow soldiers to experience the visual aspects of a trauma scene, from bleeding and broken bones to severed limbs.

Vehicles often pose the most risk to soldiers in combat-zones.

To prepare soldiers for this, RTS provides a wide range of visual modification vehicles (VIZMODs) to be used as mock threat vehicles by OPFOR, and simulate vehicle types such as the Soviet BTR. The tactical vehicles can also be weaponised, if required.

Responder Training Services was founded in 2009 with the intent of sharing proven military training practices with the first responder community. Its founders have led teams of up to 300 employees in multiple combat training exercises throughout the US.