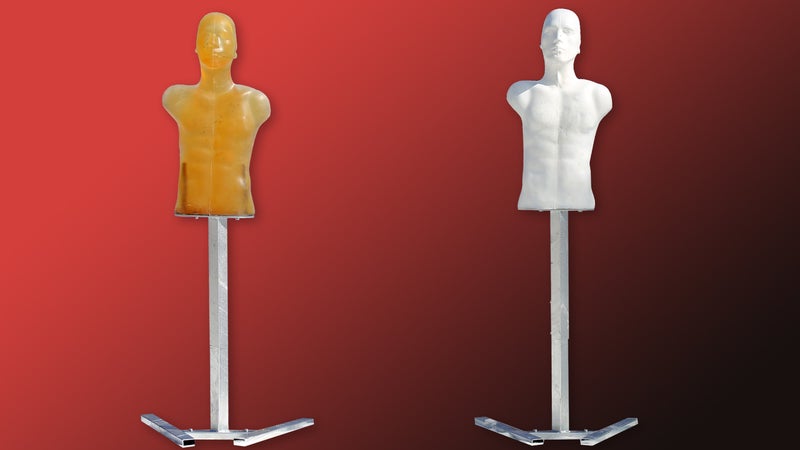 Real Target specialises in the development and manufacture of 3D shooting targets for the defence industry.

Based in the Czech Republic, Real Target is run by military veterans with extensive industry experience and expertise.

The company’s shooting targets have been designed and developed based on first-hand military service experience, both in-country and on deployments.

Real Target aims to enhance the training and combat readiness of military personnel through its 3D shooting targets.

The company undertook an extensive four year research and development process before producing its first 3D target prototype, ensuring that it met all industry requirements.

Real Target’s solution was thoroughly tested over the course of a year by the Czech military and police units. The target received positive feedback from users, who appreciate its ability to make shooting training more realistic.

Real Target works with organisations around the world to bring innovations and modifications to the defence industry.

The company’s 3D targets are currently used by the Czech military, law enforcement, and private entities around Europe.

Real Target also supplies specifically designed tailored blocks to shooting ranges, which can be used as a wall in front of hardox.

Targets can be used for multiple types of shooting training, including tactic, fight, sport or competition.

The 3D target has the appearance of an adult male, with a realistically sized body (visible chest and abdomen), shoulders, neck and head.

When shooting at the target, the missiles pass through and leave behind only an entry and exit channel with a diameter of 1mm. When the missile hits the target, the top colour (white) is blotted, the shot is evaluated and the area is resprayed with the same colour again.

Real Target’s solution is suitable for both indoor and outdoor use and is available in two colour variants of clear and white.

It is constructed from unique, environmentally friendly materials and is easily transportable. The target also benefits from long bullet resistence, shot evaluation, and the ability to respray hits.

Real Target is now offering an innovative 3D target that includes a pelvis, which is currently in use with the Czech SWAT unit. The company also has plans to add arms to various model versions.

Targets are constructed from highly durable materials that can withstand more than 20,000 rounds. The carved out back of the target prevents tear when there is continuous bullet impact in one spot.

In addition to the offering shooting targets, Real Target supplies other products including special shooting range blocks and spray to restore the surface of the target after it has sustained damage.

The company can assist with the realisation of a shooting range and is capable of manufacturing blocks of any size, as well as dye the blocks in the colour you need.

Our 3D target has been designed to make shooting training more realistic. It is mainly intended for armed forces and can be used in their training for combat in various ways. The 3D target has a realistic look of a military aged male – body, chest, abdomen, shoulders, neck and head.

Our 3D target has been designed to make shooting training more realistic. It is mainly intended for armed forces and can be used in their training for combat in various ways. The 3D target has a realistic look of a military aged male – body, chest, abdomen, shoulders, neck and head.

Cold Wars in the AI Summer: Automation is heating up cyber defence