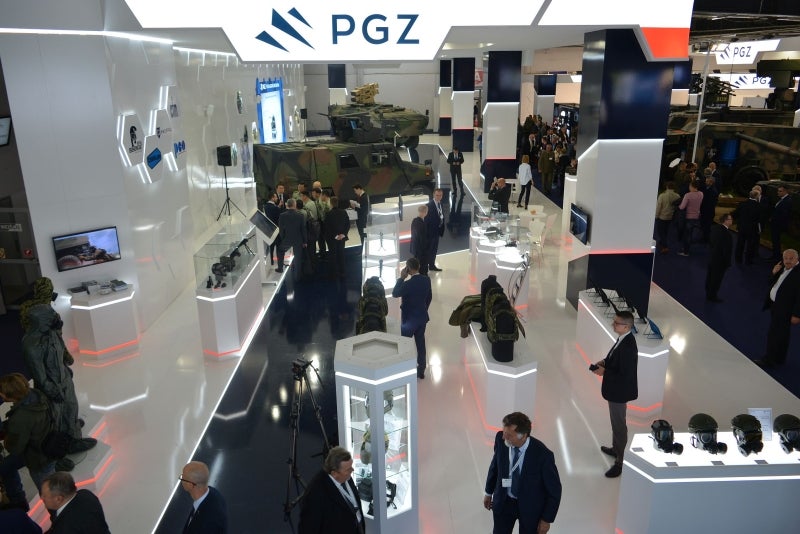 During the 25th edition of the International Defence Industry Exhibition (MSPO), PCO has received a DEFENDER award of the Territorial Defence Commander and the Jubilee anniversary glass sphere for 25 years of attending the exhibition.

During the exhibition, the contract on delivery of night-vision binoculars and goggles for the Polish Armed Forces was signed with Armament Inspectorate.

In the hall of PGZ, equipment produced by the PCO was mounted on combat vehicles. The SSP-1 OBRA-3 laser warning system and SOD observation system were presented on a PT-91M2 tank. The SOD observation system was presented on a 120mm self-propelled mortar. PT-17 tank was equipped with GOC-1 stabilised observation and aiming optoelectronic system, GOD-1 commander’s stabilised observation and aiming optoelectronic system and SSP-1 OBRA-3 Laser warning system.

PCO received a DEFENDER award for the set of cameras for self-propelled anti-aircraft missile system ‘POPRAD’ and award of the Territorial Defence Commander for DCM-1 modular day sight.

“I’m content that for the next time, during the jubilee edition of MSPO, PCO, a dedicated producer of the optoelectronic equipment for the Polish Armed Forces, was awarded for its products. DEFENDER award for the set of cameras for self-propelled anti-aircraft Missile System ‘POPRAD’ is an expression of esteem for implemented technological solutions for the defence and state’s security,” commented Ryszard Kardasz, President of the Board of PCO.

The contract was signed by Ryszard Kardasz, President of the Board of PCO and col. Dariusz Pluta Chief of the Armament Inspectorate.

Night vision binocular NPL-1M, ordered by the Armament Inspectorate, is a device with triple magnification enabling night vision observation without use of any external light source. MU-3ADM night-vision goggles are designed for observation in night conditions and in total darkness.

PCO’s stand was visited by BrigGen Wiesław Kukuła – Commander of the Territorial Defence, and Tomasz Szatkowski – Under-Secretary of State in the Ministry of National Defence.