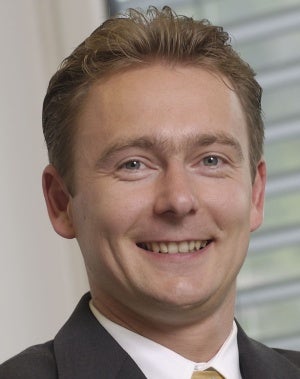 In 2011 Swissbit sold 50% more storage solutions than it did in 2010, which was also a successful year for business. For this reason, Europe’s largest independent storage manufacturer has significantly expanded its production and logistics and support services.

The biggest increase in demand was seen in Germany, Austria and Switzerland (the ‘DACH’ region) and in the US where the service expansion has already had an impact on American business. The markets that showed the strongest growth were industrial automation and communications/network, in which Swissbit generated the most sales with its NAND Flash storage modules, most notably with SD and CompactFlash cards but also with the slim SATA, mSATA and CFast cards and Industrial SSDs (Solid State Discs) 2.5".

"We believe that adding CFast cards to our portfolio and training our focus on industrial applications and customer support are the main force behind the huge boost in sales," says Silvio Muschter, chief technology officer at Swissbit AG. "The roadmaps from the semiconductor manufacturer are geared toward multi- or triple-level cell components in ever-decreasing feature sizes in order to lower the costs per bit. However, this also results in reduced stability, which is why we will continue to rely exclusively on single-level cell Flash."

Swissbit was able to set a new standard in the DRAM segment with Rugged XR-DIMM. The module was specially developed for use in industrial computers in extreme environments and offers extraordinary resistivity where the form factor is small.

Swissbit has expanded production in Berlin and has hired a further 20 employees in order to keep up with strong customer demand. The storage manufacturer has increased its production capacity, expanded its production lines, especially in wafer processing and packaging, and has invested in new stack technologies.

"As such, we can process ultrathin wafers and next-generation form factors, and strengthen our CoB (Chip-on-Board) and packaging capabilities," adds Muschter.

Swissbit is the only manufacturer in the world to use CoB technology in order to realize such extremely robust and highly integrated DRAM storage modules for industry and embedded applications. What’s more, Swissbit has strengthened process development and product engineering and expanded logistics and support services. This incorporates application consulting, design-in support, lifespan calculations and joint qualifications, i.e. overall system release in the Swissbit Lab.

Muschter added: "Our strategy is to continue supplying the highest level of quality and offering our customers comprehensive and competent support. To this end, we invest strongly in our support services, testing processes and new procedures, and we rely on intensive collaboration with our customers and suppliers. Our focus lies in small form factors and storage systems-in-package. In taking these measures we have put ourselves in a strong position for 2012."