Chemical and Biological Particle Detectors for Military and Civilian Security 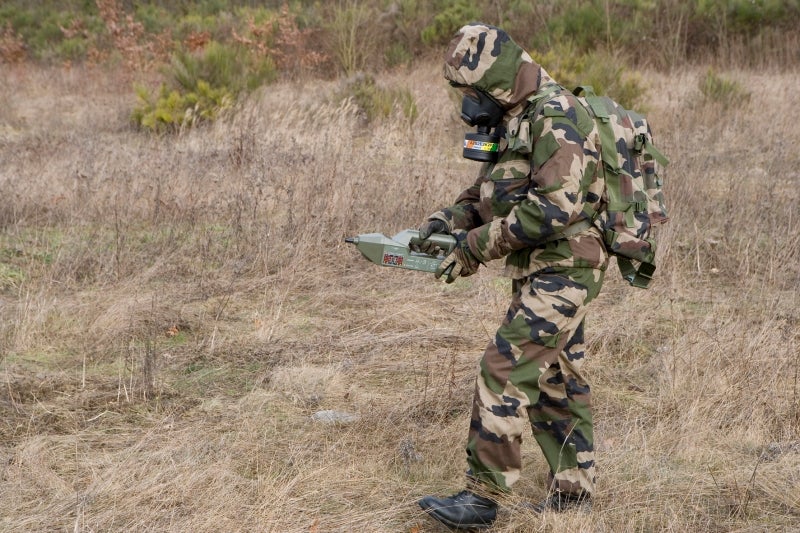 As with all Proengin detection devices, AP4C-VB has been developed using flame spectrophotometry technology. This enables users to detect and identify chemical elements that constitute toxic gases or biological particles at the same time.

Proengin's AP4C-VB enables users to detect and identify chemical elements containing toxic gases or biological particles.
The AP4C can detect and identify a large ranger of chemical agents, even in dangerous areas with the threat of explosions.
The AP4C-F model is adapted to provide maximum protection to naval ships. It can be used inside or on open decks, and can be connected to the ventilation systems for immediate response.
The MAB biological alarm monitor continuously analyses air particles for specific chemical signatures of bacteria and toxins.

Gases are detected if containing certain elements characteristic of chemical warfare agents or toxic industrial gases. In contrast, biological threats are detected by discriminating between their bacteria and other particles in the atmosphere.

AP4C-VB only contains one sensor, which is capable of performing both detection and identification simultaneously and instantaneously. By having only one sensor, Proengin provides an effective but affordable chemical and biological threat detection system available. The only consumable required is 1l of water every month.

Proengin offers the AP4C chemical detector, which can distinguish a wider range of chemicals than the AP4C-VB.

All dangerous compounds containing sulphur, phosphorous, arsenic and/or nitroxyl (HNO) chemical bonds can be detected at once. AP4C has the capacity to work in very severe environmental conditions (explosive areas) and the measurements are unaffected by high humidity levels, or the presence of other organic chemical compounds, such as paint.

Moreover, AP4C can detect new elements without being upgraded. It is capable of sensing chemicals that are yet to be developed, as well as relatively unknown agents such as Novichok, or non-traditional ones.

It is unique due to its response time, which is the shortest on the market, and has a rapid recovery period after a positive detection. The AP4C chemical detector offers the highest availability and service time in the field.

Due to its proven performance, AP4C has been installed as the preferred detector for dedicated military purposes, including:

Based on the same detection technology and internal design, the unit’s air entrance faces the wind, so it can take in a representative sample of the outside air, even with a direct cumulated wind and speed of 100km/hr.

Data is displayed on an easy-to-understand control box, or directly on the vehicle’s control computer. Its sensitivity, short response time, low rate of false alarm, and short recovery time match the AP4C, making AP4C-V the perfect detector for all kinds of reconnaissance missions and battle field exploration.

At sea, ANEP-57 recommendations stipulate the availability of both fixed and mobile chemical detection.

AP4C is the perfect mobile chemical detector for contamination control, and the AP4C-F model provides naval ships with this reliance and efficiency. The ruggedised detector delivers the same performance as the AP4C, but has two additional features: producing consumable gas by electrolysis for easier maintenance, and the ability to trigger vessel ventilation systems. AP4C-F can be operated on an open-deck with the same level of performance.

National palaces, courts and parliaments are increasingly equipped with fixed chemical detectors. AP4C-F can be operated on naval citadels and provides the same protection on land for buildings and open areas.

Proengin supplies MAB, with the capacity to detect and categorise biological particles with an extremely low false alarm rate and the ability to discriminate dangerous or suspicious biological particles, such as anthrax spores, from the natural background.

The highly reliable MAB has been designed to be mounted on track vehicles, and it is not affected by diesel exhausts.