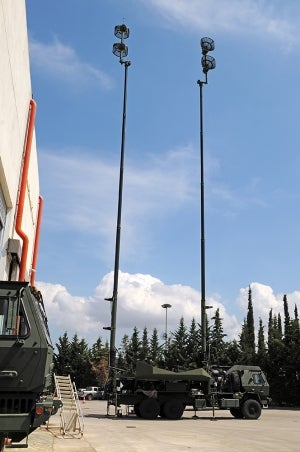 In the frame of the briefing in primary and significant domestic defence industrial infrastructures, students of the Hellenic National Defense College (HNDC) visited INTRACOM Defense Electronics (IDE) premises, accompanied by the HNDC Commandant Major General Georgios Spyropoulos and staff officers of the college.

The HNDC constitutes the last and highest level of academic education for officers and civilian personnel of the armed forces, the security bodies and other ministries.

George Troullinos, chief executive officer of IDE and the company’s high executives welcomed the students and informed them on its products, capabilities of possible cooperations with the Hellenic Armed Forces, current cooperations with leading international defense industries, as well as the multinational development and production programs for communication and electronic systems, the company participates in.

At the same time, the students of HNDC were informed on IDE’s procedures and production lines and the significant capabilities that have established the company internationally and distinguished it as the leading manufacturer of defence electronic systems in Greece and the broader geographical area.