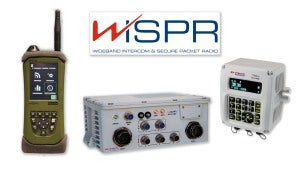 INTRACOM Defense Electronics (IDE) performed a field demonstration of its intercommunication system WiSPR (Wideband Intercom & Secure Packet Radio) to the United States Marine Corps (USMC) in the US. The demo was hosted by PEO Land Systems Marine Corps and took place in the Transportation & Demonstration Support Area (TDSA) at Marine Corps Base Quantico, Va. The attendees had the opportunity to experience the functionality of WiSPR system under real operating conditions, focusing on its superior dynamic noise reduction performance.

WiSPR is state-of-the-art software controlled digital intercommunication system that has been developed and manufactured by IDE in Greece. It provides high quality voice communications, IP networking, as well as the capability of embedded wireless networking of voice, data and video, via the Secure Wireless Local Area Network WiSPR-WLAN. These, among other important features, provide WiSPR with significant competing advantages for a variety of military vehicles and networking applications. WiSPR is installed in numerous types of vehicles and is currently operational in many countries around the world.