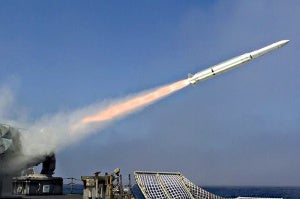 INTRACOM Defense Electronics has increased exports and sales in 2011. Specifically, exports reached 98% of turnover, an increase of 34% compared to 2010, while sales increased by 8%.

At the same time, during the last five years, INTRACOM Defense Electronics has implemented subcontracting work with local industries at more than 23% of its turnover, enhancing in this way the Greek economy and helping to fight unemployment.

In the framework of its extroversion, INTRACOM Defense Electronics has recently signed two new contracts, which extend its cooperation in the program of NATO surface-to-air missile ESSM (Evolved SeaSparrow Missile).

The first one is with RAYTHEON Missile Systems in the US, amounting to $3.2m, and the second one with RAM-System in Germany amounting to €1.8m. The agreements are related to the production of electronic subsystems of ESSM guidance section and will be implemented gradually until December 2013.

Manufacturing capabilities and high quality standards have made INTRACOM Defense Electronics a reliable partner in the long and successful international course of ESSM missile program, which is in use by the naval forces of 12 countries.