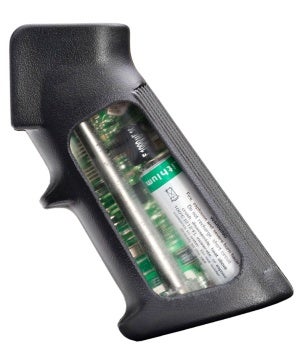 The FN SmartCore is an electronic system which, when coupled with a weapon, analyzes and records the conditions of use of the weapon in order to reduce its life cycle cost, optimize its operational availability and communicate any exchange of fire to the upper level of command in real time using the C4I system of the infantryman.

The FN SmartCore is a fully automated and integrated system that can fit various types of weapons. Its operation is totally
transparent to the infantryman and its light weight and location – embedded in the pistol grip or buttstock for instance – has no impact on the balance of the weapon.