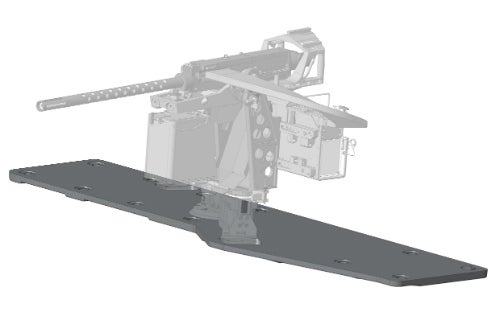 At Eurosatory this year FN Herstal, a global leader in combat-proven portable firearms and weapon systems, will be showcasing its newly developed carbon connection plate prototype for pintle weapon systems.

By harnessing advanced composite materials, FN Herstal has been able to reduce the weight of the connection plate by 30%. This significantly reduces the overall weight of the weapon system while maintaining all structural properties of the previous version.

This new technology is applicable to all FN pintle connection plates. The connection plate is a critical component, which is specific to every carrier type. It interfaces the carrier hard points and FN weapon system, withstands carrier vibrations, the weapon recoil load and crash loads to meet the highest aeronautical standards.

The prototype of the newly developed connection plate will be on display at the FN Herstal booth – Belgian Pavilion, Hall 6, Booth no. F 197 during the Eurosatory trade show from June 13 through to 17, 2016.