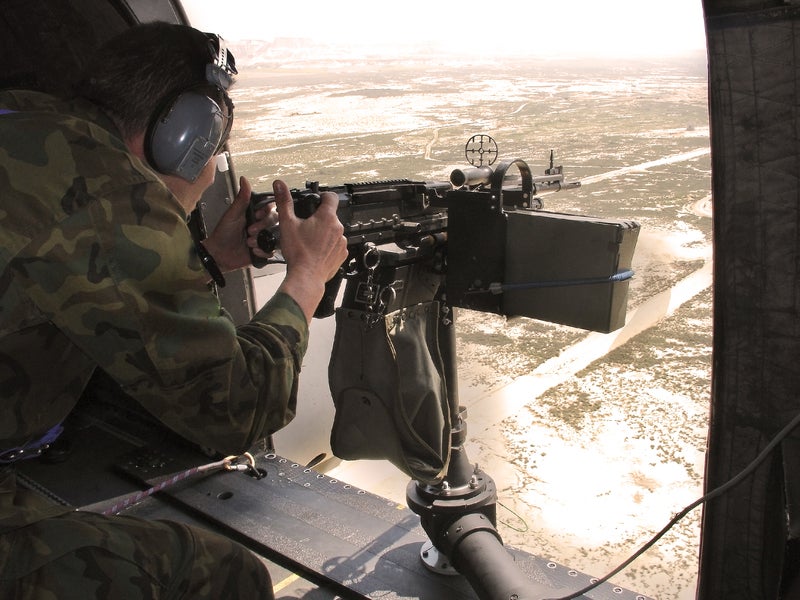 Belgium-based FN Herstal, one of the world’s leading designers and manufacturers of small caliber weapons and weapon systems, will showcase its one-stop-shop approach at the Paris Airshow from June 17 to June 23: a unique and integrated range of airborne products and services specifically dedicated to aircraft manufacturers or end users for military use. Also showcased this year, the newly-introduced FN® Airborne Digital Suite that provides military forces with the highest level of operational capability.

FN Herstal will demonstrate its full airborne capabilities and customer centric vision using a helicopter mock-up. The one-stop-shop approach ensures that any end user or OEM will find with FN Herstal a single, reliable source capable of providing and integrating combat-proven crew-served and podded weapon systems as well as services required to equip their new or retrofit their in-service platforms.

The helicopter mockup will integrate the comprehensive FN® Airborne Digital Suite, specifically designed and developed to meet challenging market demands and expectations on integrating machine gun pods into modern platforms. This Suite, ITAR-free and fully integrated into a helicopter mockup at the Paris Air Show, comprises 3 complementary and interconnected components:

1. FN® D-HUD (Digital Head-Up Display): a modern and cost-effective targeting solution to improve precision in firing. It enhances accuracy and situational awareness and reduces the pilot workload. This Digital Head-Up Display is easy to integrate, ergonomic and equipped with high-end optics technology and a ballistic computation solution.

2. FN® D-PC (Digital Pod Controller): this new, fully digital FN Herstal Armament Management System (AMS) is designed to control digital
pods and/or rocket launchers. The FN® D-PC is integrated into the platform and is connected to the pods via MIL-STD-1760 compliant protocol.

Alongside the Digital Suite for fixed-forward firing weapon systems, the helicopter mockup on display will be equipped with the following airborne crew served weapon systems: