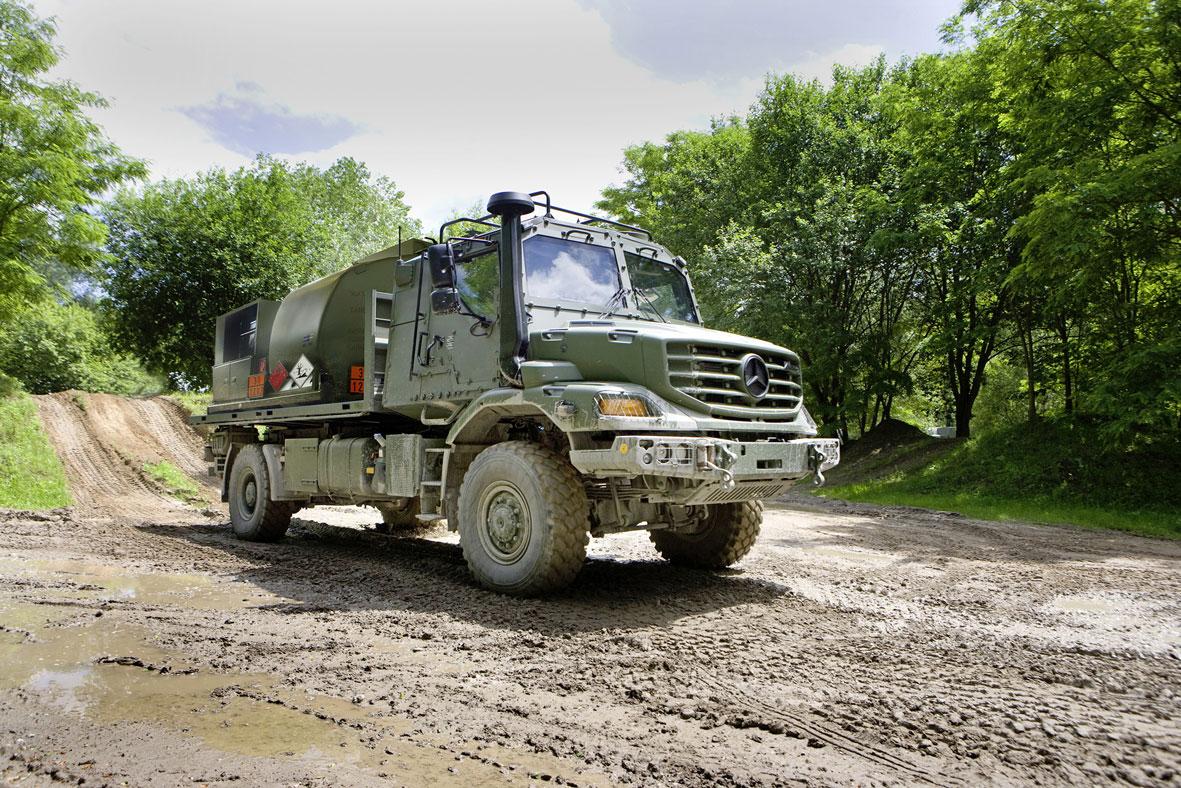 Launched today at Eurosatory 2014 is a highly mobile fuel module suitable for diesel or kerosene and able to be carried on the load bed of vehicles with a payload of at least 5t. The new WEW unit is on display on the Mercedes stand B310 in the outdoor area mounted on a Zetros 1833a 4×4 GTF.

The module which is built around a very lightweight frame to maximise the capacity of the tank, can carry 4,000L in a unit which has a maximum gross weight of 5,000kg, whilst being fully European EPA-compliant as a ground-based storage tank.

WEW chief executive Dr Ulrich Bernhardt, "As modern warfare moves to having a strong expeditionary focus the need for fuel being up with deployed units becomes ever more important, our new module has been designed specifically to meet this need.

"Working with our customer community we have designed a unit which is capable of meeting a range of requirements and though we are showing a fuel variant the same concept can be applied to water, as demonstrated by a new system we will be delivering shortly to the German armed forces."

The double shell tank body is fitted with an integral leakage detection system, its own generator, two nozzles for filling vehicles and counters to measure the quantities being transferred. The integral pump can move up to 250L per minute on one hose or 125L using both nozzles.

The module, which measures length 10ft x width 8ft x height 6ft, can be moved on and off its carrying vehicle using either a crane or fork lift, whether full or empty.

The company’s solutions are in service with a number of Nato forces and have been used in a variety of harsh environments from the freezing cold to extreme heat.