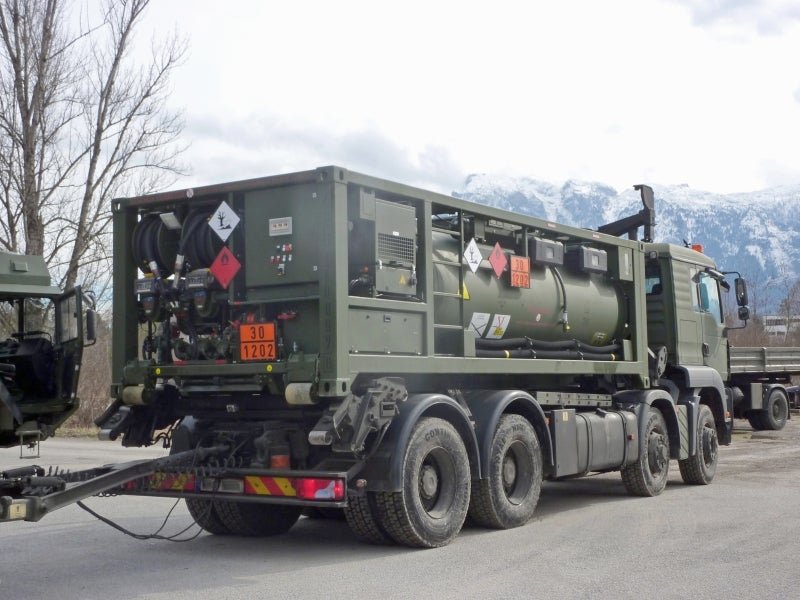 Approximately 20 mobile fuel dispensing racks have entered service with the Austrian Bundesheer following the completion of trials and training.

During the training, members of the Bundesheer were instructed on how to use the heavy vehicle module-fuel (HVM-F) systems and maintain them at maximum efficiency levels.

The Austrian Bundesheer will be using the HVM-F units, also known as Containertankanlage 10m³ (CTA 10m³), to transport, store and dispense both diesel and kerosene. The modular fuel systems produced by WEW, part of the Thielmann Group, were selected following extensive testing and evaluation of the market by the Austrian Bundesheer before they selected the company’s fuel logistics solution.

The units are based around WEW’s highly successful HVM-F design. More than 2,000 examples of the HVM-F and heavy vehicle module-water (HVM-W) variants have been delivered since 2004, having seen service in some of the most hostile operating theatres around the globe, including Iraq, Afghanistan and more recently Mali.

Almost all HVM-F systems, including the Bundesheer units, are fitted with an integral, autarkic (self-driven) pumping system, which enables them to be dispensing fuel within minutes of arrival. The intermodal HVM-F units are designed to be deployed using the highly flexible demountable rack offload and pickup system (DROPS) or to be transported by road, rail, air or sea as they are fitted with standard ISO locking features. The 10,000l self-bunded tank is a specially designed and patented low-profile format to maximise vehicle stability during high-mobility off-road operations.

In 2016 WEW provided the Lower Austrian Fire Services with a joint aviation fuel and land vehicle fuelling system. The Austrian Bundesheer also uses the WEW water dispensing racks, which they bought from the German Bundeswehr, who had surplus stock.