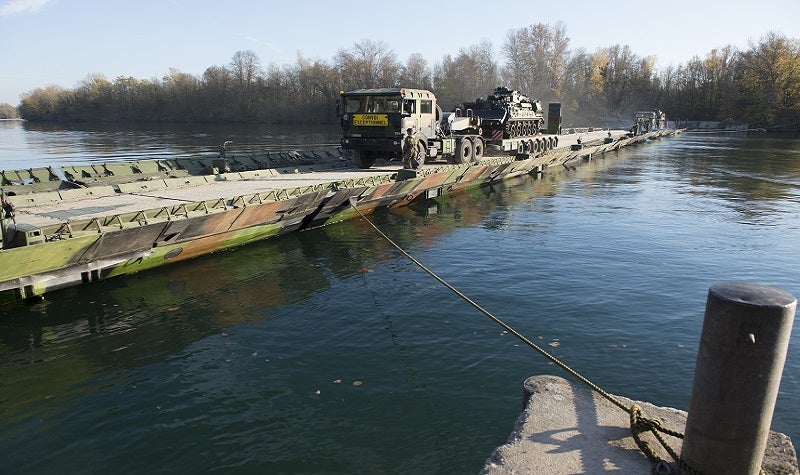 CNIM is a system integrator of products with high technical requirements, which can be classified or classified. CNIM is also a leading industrial partner for designing, industrializing, manufacturing and qualifying large-scale parts with a very high level of precision.

Extremely easy to use, this motorized floating bridge requires no additional equipment such as boats, cranes or earthmovers for its deployment.

PFM exist in both ferry and bridge configuration, due to its modular, autonomous and motorized sections.

It is an all-in-one product with no limitations in bridge length.

The Motorized Floating Bridge has been in active service with the French army and several foreign armies, including the Swiss, Italian and Malaysian service for many years now.

ROCUS supports forces by drastically reducing their exposure to threats of improvised explosive devices (IEDs) and allowing them to carry out their mission. ROCUS ensures the safety of soldiers and the advance of convoys.