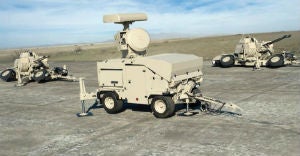 The workshop, called ‘Mapping the Future of Integrated Air and Missile Defence’, will be held on 15 August at 3.30-6.30pm.

Highlights of the conference include:

Fabian Ochsner, conference chairman, chief ground-based air defence (GBAD), Air Operation Centre Swiss Air Force, and vice president marketing and product management at Rheinmetall Air Defence, said: "The GBAD community has witnessed the successful deployment of GBAD during the 2012 London Olympic Games and the meticulous execution of this task stays as a landmark for the future use of GBAD in MOOTW missions.

"At the same time we were informed that Brazil will need the same level of protection in the FIFA World Cup 2014, and Olympic Games in 2016. This has triggered the initiative to organize a debate in Brasilia (Brazil’s capital) on the subject.

"The conference will provide the community with country briefings on the present situation of the anti-air defence of several South American nations. This will give us a chance to learn their plans for the future, as well as to have the usual briefings from industry and academia. We will also have a debrief of the experience during the Olympic Games in London, from members who participated in the event."