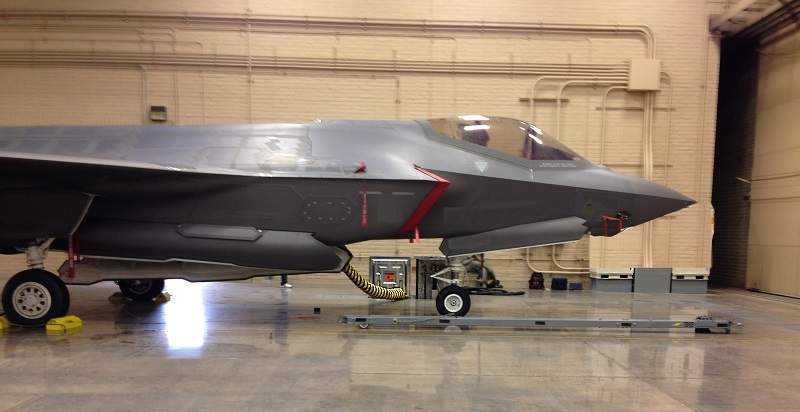 BGSE provides 400HZ, 28VDC and 270VDC power units both Point of Use and Central Systems, PC Air units from 15-ton to 150-Ton and service POP UP and Hatch style pits for military air bases.

Projects involving aircraft such as the B2B Bomber, F-22 Raptor, MV-22 Osprey and Apache have made BGSE an integrated supplier of turn-key design, supply, commission and services.

BGSE designed two aircraft systems for LUKE Air Force Base (AFB), selected the material and trenches, and also acted as a consultant for mechanical and electrical contractors.

We also helped to develop a special 480V airman safety system and integrated this system into the pits as well.

At the Kadena AFB, we introduced the third-generation PC Air unit called CoolJet®. This is a smaller, high-performance F 35 air unit that meets and exceeds the latest Lockheed Martin specification for all hangar and ramp applications. This new design gradually reduced in size and power draw while increasing performance, simultaneously having the BGSE’s ‘BLAST COOL’ design ready programming built in.

The A-10 NELLIS and SQ2 LUKE AFB hangars were the first to have 270VDC F35 power combined with 400HZ legacy power combined into one unit for BGSE. A technology previously used in US Navy and Marine hangars, we began supplying these for the US Army Corp designs in 2013.

This allows the smooth transition between the militaries’ F-18, F-16 and AV-8 aircraft for the new F-35 Lightning II aircraft to seamlessly utilize the hangars without needing to supplement the equipment installed.

BGSE has worked with all US branches and most Nato counties concerning the implementations of ground support equipment for the F 35.

From single to 16-bay hangars, expansive ramps for all maintenance activities to launch-ready requirements, we are a leading supplier of power and air solutions concerning the F 35.

BGSE is headquartered in Charlotte North Carolina, US, with offices in California and West Virginia, as well as foreign support locations worldwide.