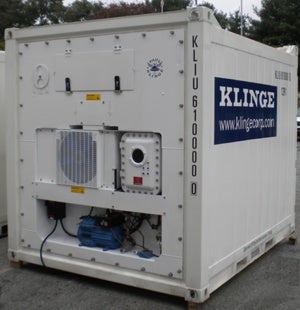 On 7 June, the Norwegian government confirmed that an oil column approximately 78ft thick was discovered in the northern part of the North Sea. The Norwegian Petroleum Directorate reported that the size of the discovery is currently being reviewed and a determination will be made on its commercial viability.

The North Sea was not initially thought to be a top rival to the oil produced by the Organization of Petroleum Exporting Countries. However, oil discoveries since the 1960s have positioned the area as a key part of the global oil and gas industry.

To reinforce the importance of the North Sea in the global oil and gas industry, Oil & Gas UK are hosting Piper 25, a three-day event at Aberdeen Exhibition and Conference Centre from 18 to 20 June. Oil & Gas UK is the leading representative body for the UK offshore industry. The organisation aims to support the industry in the long-term by raising awareness of the trade, encouraging communication across all industry divisions and establishing initiatives and programmes.

The overarching focus of this year’s conference is on safety. This year marks the 25th anniversary of Piper Alpha, a North Sea oil production platform that exploded in 1988 killing 167 people. Conference presentations will include lessons learnt from the tragic explosion, hazard management and safety management systems.

As part of this theme, Klinge Corporation will present its offshore transport refrigerated containers at the upcoming event. The company’s ATEX-Directive-compliant offshore refrigerated containers are used in the oil and gas industry because of their ultra-safe, explosion-proof design. The ATEX Directive specifies minimum requirements for improving the safety and health protection of workers potentially at risk from explosive atmospheres; the ATEX Directive 94/9/EC pertains to equipment and protective systems intended for use in these atmospheres.

Klinge Corporation’s offshore equipment is explosion proof and comes in models suitable for Zone 1 and Zone 2 hazardous locations. The offshore refrigerated containers are available with containers certified to DNV 2.7-1. These containers are subject to many more regulations and must undergo a strict certification process to ensure the safety of personnel working on the oil rigs and oil tankers, as well as the safety of the environment.