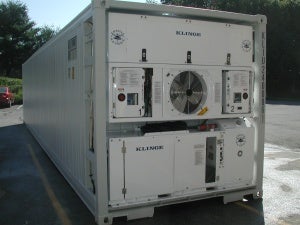 The datalogger (temperature recorder), will have lock-out protection to ensure temperature data will not be erased. A printer is available for printouts on site.

In addition, the NMR-262 will feature a new, more compact compressor allowing for easier service as well as a reduction in system weight.

"Our customers have been using the NMR-262 system for close to three decades because of its reliability and its compliance to international transport regulations for the transport of certain dangerous goods. Modifications to the design will further strengthen the overall capabilities of the Dual Refrigerated Container and we are very excited to introduce the improved unit this fall," said company president Henrik Klinge.