With a history dating back to the golden age of aerospace development, LINEAR MOTION has been producing ball screws and more recently electro-mechanical actuators for the defence industry for almost 80 years.

LINEAR MOTION designs and manufactures bespoke products that include:

The company offers higher integration designs towards complete EMAs (electro-mechanical actuators), which can be done either at LINEAR MOTION’s dedicated site or in conjunction with the company’s European facilities.

LINEAR MOTION’s products are widely used and known in military aerospace, equipping most of the current fighters, tactical and mission’s aircraft. Another area of expertise lies also in the control actuation systems (CAS) of missiles and torpedoes, with thousands of ball screw made yearly for that application. Similar actuations are also provided on gimbals and radars on ground or naval platforms

LINEAR MOTION has over 20 years of experience supplying the defence industry with complete, more integrated actuator solutions based upon legacy actuation core components. During this time, LINEAR MOTION’s engineering team has developed innovative and reliable products that can be used in the most challenging of environments, such as for instance the Bell-Boeing / Leonardo V-22 rotor tilting system, for which jamming is not an option.

Repair and overhaul services for products

In 2019, LINEAR MOTION did open a totally revamped, modern actuation systems service station that enables the company to offer industry-leading maintenance, repair and overhaul (MRO) services. The facility provides rapid and perfect service to all UMBRAGROUP and LINEAR MOTION customers and end-users such as airlines. It also includes third-party product repair.

The company has one of the most comprehensive quality systems and customer / regulation accreditations in the industry, which includes ISO 9001, AS/EN 9100 (America/Europa), PMA Approved, NADCAP, FAA FAR 145 (USA) and EASA Part 145 certifications.

LINEAR MOTION was founded in 1894 and developed to become the first manufacturer of JACOX double threaded screw for automotive steering in 1908. In 1917, the company became the JACOX division of General Motors and was renamed in 1928 to GM’s Saginaw Steering Gear (SSG).

After developing and patenting the first recirculating ball screw for automotive steering in 1936, LINEAR MOTION became the first company to develop and install aerospace ball screws on the Boeing B-29 Superfortress in 1940.

The ordnance and weapon guidance system applications were developed from the 1950s, and since the 1970s most of US ballistic and ammunition programs have used LINEAR MOTION actuation. General Motor sold the non-automotive business in the 1980s, becoming Thomson Industries, before the firm was eventually acquired by UMBRAGROUP in 2018.

UMBRAGROUP is a market leader for commercial and defence ball screw and one of the largest manufacturers electro-mechanical actuation components, equipping most of the most modern airframes for large commercial and business jets, as well as helicopters and tactical / fighter aircraft. 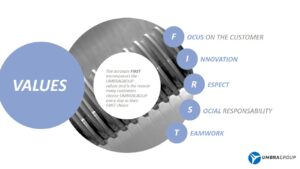 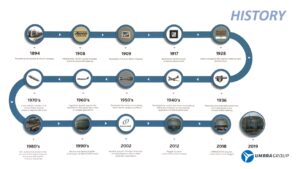 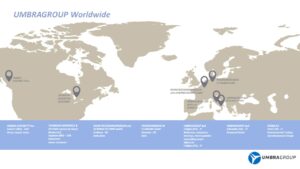 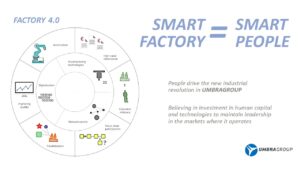 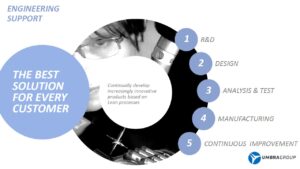 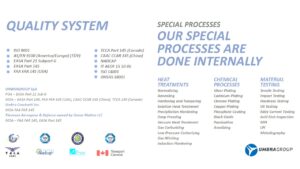