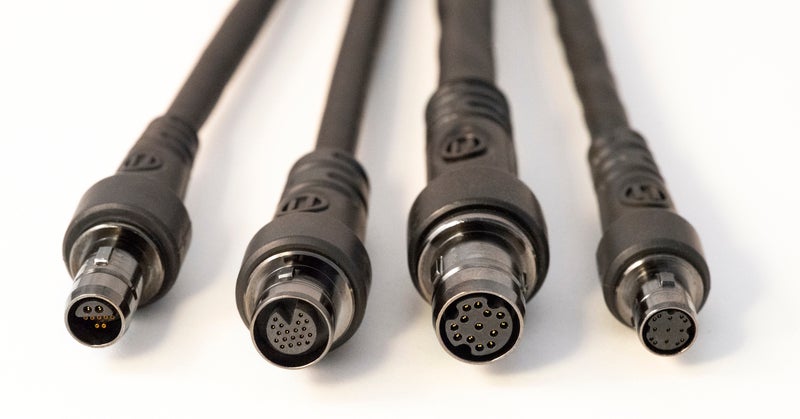 Today’s design engineers have a strong directive when it comes to military electronics, and much of the emphasis seems focused heavily around SWaP. But what is SWaP and why is it so important?

SWaP (Size, Weight, and Power) is a major challenge for designers tasked with the development of modern-day electrical and computer equipment. Whether your design focuses on a soldier worn computing device or something fixed, the physical size, weight and power of the system are critical for determining its overall effectiveness.

In addition to military issued weaponry, today’s modern warfighters are carrying enough computing power to fuel an entire factory. From field radios to portable surveillance systems, each device has its own job to do, and each device is responsible for distributing power and signals accordingly. These devices include GPS, night-vision aids, as well as Wi-Fi hotspots capable of transmitting real-time battlefield intelligence in some of the harshest environments on the planet.

The main challenge when designing SWaP-optimized electronics is finding the delicate balance between size, weight, and power consumption, without physically compromising the device’s overall performance, durability, and reliability. Many advanced avionics platforms today are processing mountains of data, and in doing so are consuming more power than ever before. This requires today’s engineers to design embedded electronics and interconnect systems differently, so they can handle increased data speeds and bandwidth without adding significant weight.

Omnetics Connector Corporation’s engineers have been able to lend their expertise to this issue by releasing a new set of miniaturised high-speed standards featuring ruggedized USB 3.0 (3.1 Gen 1), HDMI and Cat6a offerings. This new family of miniature circulars allows designers the ability to transmit un-interrupted, high-speed digital signals in some of the smallest mil-spec footprints on the market. Omnetics, a Mil-Spec connector manufacturer, has been designing circular configurations for over 30 years, and in order to make these already robust connectors even more rugged and watertight, the process of injection overmolding was added to this family of interconnect standards.

Consisting of shielded polyurethane cables, these battlefield tested circulars feature a flat black overmold allowing for a seamless IP68 seal, with the signal integrity to match. Each high-speed configuration utilises Omnetics’ patented flex-pin gold plated contacts that are polarised and shrouded by a unique liquid crystal polymer insulator. The overmolded shells are keyed to ensure easy mate-ability in the field with one hand (gloved or bare). Blind-mate-ability is no longer an issue—Omnetics’ ruggedised shell features a polarised triple-key configuration to make even the tough connection seem easy. Fully encased in the polyurethane mold hides a 360° shielded solution, terminated to a banding platform designed into the shell to ensure the highest levels of signal integrity are achieved.

Omnetics High-Speed interconnect family provides the reliability and ruggedness expected from Omnetics connectors, with the speed to match the following protocols:

With an outer diameter (OD) at 0.510”, Omnetics designed this offering with SWaP in mind. Using both simulation and measurement, Omnetics maximized the performance for USB 3.0/USB 3.1 (Gen 1) within the connector design. Micro contacts are used to provide maximum current rating for the power pins, while Nano contacts are used for the high-speed data lines. This solution is spaced at precise locations in order to ensure maximum data transfer.

As speeds increase beyond 1 Gbps, the cable becomes as important to the performance as the connector. USB 3.0 introduced new requirements that significantly stress the capabilities of nearly every cable manufacturer. The cable must maintain an impedance of 90Ω±7Ω, all the while providing intra-pair skew of less than 15ps/m. Omnetics’ USB 3.0 Circular product provides maximum data transmission and excellent crosstalk that meets the requirements of USB 3.0/USB 3.1 Gen 1. Available overmolded for an IP68 seal, this connector family is available both in-line as well as mountable in (3) panel mount configurations (Front, Rear, Protruding).

Falling in line with the USB 3.0 offering, Omnetics Nano HDMI circular fits all nineteen signal pins into an OD of only 0.550”. This new connector configuration is designed to meet HDMI 2.0 specifications. Using both simulation and measurement, performance was maximised through a carefully designed signal pinout to meet an impedance of 100Ω through the connector. The HDMI cable includes the same challenges at the USB 3.0 cable, but with a wire count of nineteen instead of nine. With nineteen wires, achieving miniaturisation while maintaining flexibility is a challenge. There is always a tradeoff between performance and size, but it is much more pronounced for this product. In order to achieve the best balance, 32 AWG cable is used. This limits the maximum overall length, but measurements confirm that the specification can be met up to about 3-meters. The final product results in excellent crosstalk, impedance, and maximum data transmission in order to meet the requirements of HDMI 2.0 specification.

This particular offering allows designers two sizes to choose from: Micro 360® (0.600” OD) or Nano 360® (0.460” OD). Similar to USB 3.0 and HDMI, crosstalk and impedance are important parameters to optimize. Contrary to USB and HDMI, crosstalk is more critical than impedance here. In this connector design, these two parameters are inversely proportional, increasing the pin-to-pin spacing within a pair improves the impedance but degrades the crosstalk. As with all high-speed designs, there are trade-offs that need to be made, and both simulation and measurement help determine the optimal configuration. The end result is a novel 5-pin grounding strategy that optimizes the performance and meets the requirements of Cat6a, per TIA-568-C.2.

The cable must be designed to meet the Cat6a requirements. Fortunately, the requirements provide a little more margin for miniaturization: TIA-568-C.2 allows for up to 100 meters in cable length with a standard (22-24 AWG) cable. A smaller cable will have more loss, but even at 30 AWG, can still meet the performance requirements up to at least 25 meters. This is significantly longer than nearly all Omnetics jumpers, so it’s rarely an issue. Cables are available both in military grade (polyurethane jacket) and aerospace grade (Teflon jacket).