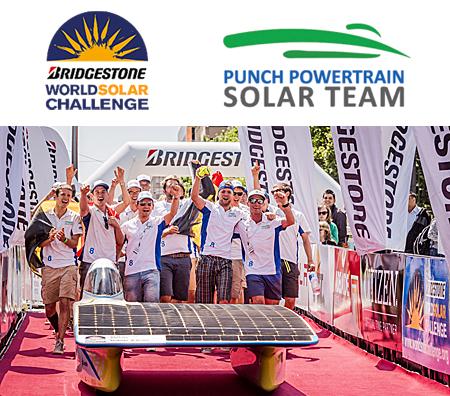 The first few vehicles of the Bridgestone World Solar Challenge have now completed the 3,000km journey from Darwin to Adelaide amid much fanfare arriving in Adelaide.

Belgium Punch Powertrain Solar Team completed the race in fifth position. The team reached speeds of up to 110km per hour during the race but had lost time on day one with a flat tire and day four with a broken rear wheel shaft.

The team had remained positive throughout the race with the expectation of a top three position finish with Mr Jarno Van Hemelen, team manager, being quoted as saying: "We won’t give up.

"There are still a lot of kilometres to come. We are still going full throttle. We’ve got a great performing car so we can’t do anything less than believe in our chances to catch up."

Team communication during the race was highly improved from the last event due to the HF radio communication.

Mr Karel Winderickx, public relations and events specialist for the Punch Powertrain Solar Team said: "With the HF radio communication we were able to speak throughout the race with weather and competitor information that allowed the team to accurately strategise our next move whilst on the road, it’s been a great addition to the team this year and we look forward to partnering again."

The main benefits of HF radio communication were:

The ‘Brains’ vehicle was a short-term hire vehicle and a temporary installation of the 2050 HF transceiver and the 2018 mobile magnetic loop HF antenna had been undertaken for this event.