Sharing Radio Communications with the Next Generation 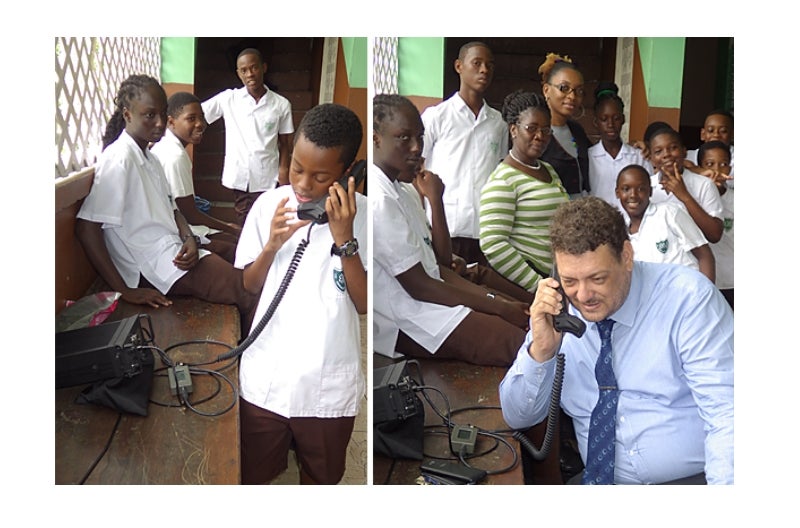 In May 2016 Barrett Communications supplied the Rainbow Radio League (RRL), a not-for-profit organisation in St Vincent and the Grenadines, with high-frequency (HF) and very high-frequency (VHF) radio communications equipment. Since this time they have been working to install the donated equipment at key locations among the country’s islands.

A unique project has recently developed with the aim to engage with the local high school students teaching them about the use of HF radio in an emergency and also as a hobby.

At both schools, RRL volunteers outlined the role of amateur radio as a service during times of national emergency. Emmanuel High School principal Mr Philip Greaves was involved with an actual demonstration using the Barrett 2090 manpack chatting with staff at JP Eustace Memorial Secondary School, Kingstown, on the Barrett 2050 base station. Students were also involved with erecting the rapid deployment antenna, as well as participating in the wireless ‘link-up’ between the two schools.

The RRL is a non-profit, community service organisation with a special emphasis on emergency communications.

The RRL operates VHF and HF wireless communications network in St Vincent and the Grenadines. For an island country that is within the identified ‘hurricane belt’ and lies on an active subduction zone, it is vital that this organisation and its volunteering members maintain the skills and interest in amateur radio.

Mr De Riggs went on to say: "It is anticipated that this will be an annual event, to eventually include all secondary schools.

"Ham radio promotes goodwill and friendship among people, irrespective of nationality or race worldwide. In times of national emergency amateur radio is the main and, in most cases, the only means to communicate from the affected areas."