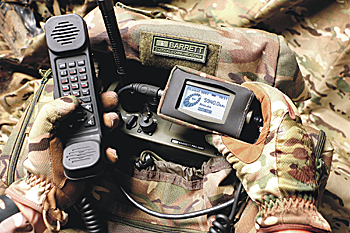 The course included the programming of radios for use within networks using both Selcall and ALE systems.

Selcall was an unfamiliar feature to the class but due to class competency, the concept and instruction was quickly understood and well-received. The training was very hands-on allowing operators to gain a higher level of understanding of the equipment, its features and operational deployment.

Training concluded with a ‘field exercise’ where operators were tested on their knowledge and application of all features and functions of the PRC-2090 systems.

Barrett operations and field support manager Mr Rob Tweed commented: "It was a pleasure to have worked with this class and with the South African National Defence Force (SANDF) as a whole.

"The SA Army Signal Formation team again showed high levels of experience and knowledge, which will help ensure effective installation and operational communication of Barrett Communications equipment whilst SANDF troops are deployed on the ground."